BORACAY to be Put Under STATE OF CALAMITY by DUTERTE 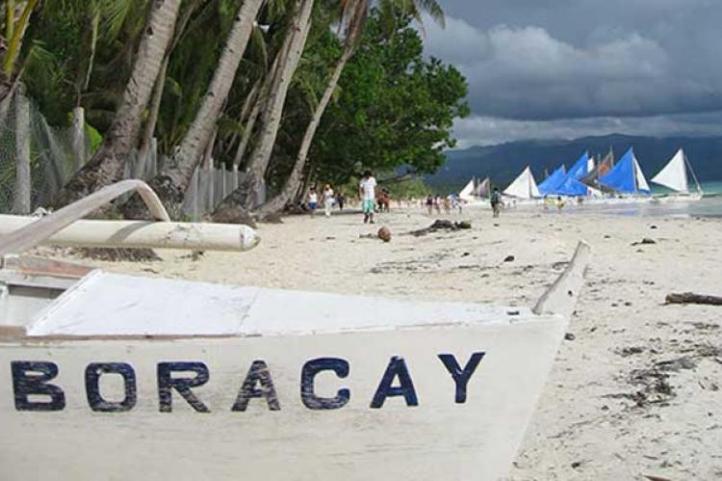 When it comes to international-level resort locations in the Philippines, the decades-long byword has always been the island of Boracay in the Visayas. Students in elementary school have likely been taught about it and its white-sand beaches, the pioneer venue of such in the country. Indeed, Boracay is a heavyweight when it comes to drawing local and foreign resort tourism. However this influx of vacationers has taken a toll on the island itself and its environment. President Rodrigo Duterte has long floated ideas of shutting the island and its resorts down to allow for rehabilitation. Now he’s taking another step.

CNN Philippines reports that President Duterte is of a mind to outright place Boracay Island under a state of calamity to jump-start rehabilitation measures, effectively closing up the resorts until it is all finished to satisfaction. During a speech he gave in Malacañang on Tuesday, the President recalled his prior directives to Eduardo Año, officer-in-charge of the Department of Interior and Local Government (DILG), wherein he allotted a timetable of six months for the agency to “finish the problem” at Boracay. His declaration therefore underscores the severity of the resort destination’s deteriorating condition regarding its local ecosystem and land area.

A state of calamity in Boracay, according to Duterte, would release the calamity funds of Aklan province which could then be funneled into the island’s rehabilitation efforts. In particular, the released funding would be allotted to residents and businesses that would end up being displaced and without livelihoods or employment during the lengthy cleanup process for Boracay. “I know (the) hardships and that is why I would be declaring a state of calamity,” he added.

Duterte’s concern for the state of Boracay first came to the fore last month, when on February 10 he described the island as a “cesspool”. It was here that he first tasked the Department of Environment and Natural Resources (DENR) to undertake cleanup operations, and the first time he mentioned a period of six months for the work. The DENR deployed a mission team to Boracay on the 20th to ascertain the environmental status of its resorts. In addition to their recorded 81 various business establishments with green violations, a further 800 were listed by the DILG for assorted malpractices.

With a state of calamity now being leveled at Boracay, President Duterte has given notice to the resort island’s residents and business owners to cooperate with the government in accelerating the cleanup. “For as long as there are s*** coming out of those pipes draining to the sea, I will never give you the time [to return there],” he declared. He also warned the courts not to complicate matters by issuing TRO’s to the rehabilitation.