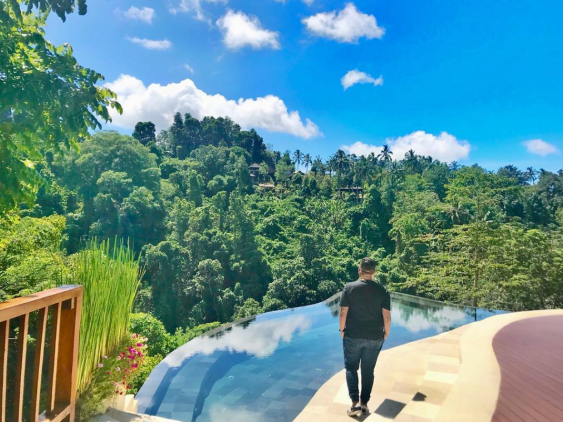 For centuries, some of the islands that form the present-day Republic of Indonesia have been places where different cultures have met and mixed. One of these islands that show how much of a cultural blending has been going on in that region is Bali. Located just to the east of Java, its history was colored by Indian/Hindu, Chinese/Buddhist, and Dutch/Christian influences. But nowadays, we know Bali more as a top international tourism destination, with its industry in that vein experiencing a phenomenal growth since the 1980s. You can’t argue with its “Top Travel Destination” designation by TripAdvisor as of 2017.

And who could not agree once they see Bali with their own eyes? The sea area that the island is situated on is in the so-called Coral Triangle, a large area inhabited by reef-building corals that is home to one of the world’s greatest marine biodiversity concentrations, perfect for underwater exploration. On land, Bali is a lush green tropical paradise with three rivers and a forested interior alive with exotic wildlife. It feels as if the local Balinese Hindu sect has it right; Bali can be considered as the Island of the Gods. Now that makes a great tourism tagline. 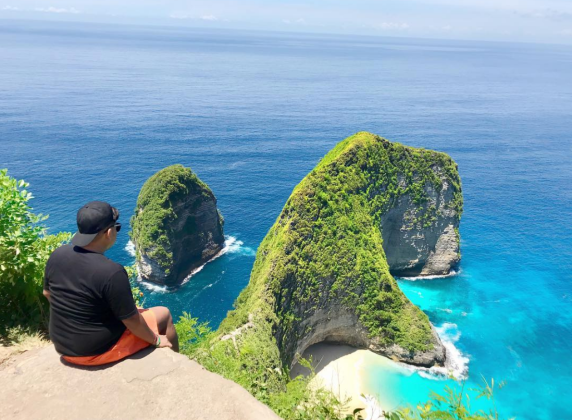 But how do we get to the Island of the Gods? Thank goodness for Bali being a major global destination then, as they have an airport in Ngurah Rai International that receives direct flights from major countries in Asia as well as Australia. For instance, Philippine Airlines has a Manila-Bali route. Passengers of these flights are easily treated to a magnificent sight as they touch down on the airport, located on the “neck” part of the southern peninsula of Bali Island, southwest of the provincial capital of Denpasar. And that is just a teaser for more sights and experiences afterward.

Once there, the first instinct would be to go and see one the primary reasons why Bali is a magnet for world tourists: the beach. Thanks to being surrounded by coral reefs, the island is home to pristine seashores allowing for a wide variety of activities. Depending on your beach location, you could enjoy swimming, surfing, island hopping or underwater diving. The first names in Bali for this sort of fun would be Seminyak, Kuta, Legian and Nusa Dua. White sands are the norm in the south and east of the island, while northern and western Bali has black-sand beaches.

Now would be a good time to remind you that Bali is merely an Indonesian island but a province, and their provincial territory includes three smaller offshore islands not far to its southeast. The main one, Nusa Penida, is a popular tour spot, featuring various nature attractions like a bird sanctuary. Here, efforts by a private organization and the Indonesian government have resulted in a secure habitat for birds endemic to the country, where they could bounce back from critical endangerment. Like the big island, there are also several dive spots where the region’s marine biodiversity is in full display.

If you’ve had your fill of Bali nature, then it’s time to explore their culture. And there’s no better place to start this journey than at the town of Ubud, further inland and north of Denpasar. It has a number of museums that showcase the history and art of the inhabitants of Bali, as affected by its multicultural atmosphere of centuries. Several preserved historical locations can also be found not so far away, like the Gunung Kawi Temple with its tombs of Balinese kings. More famous old temples are in the Ubud Monkey Forest, so-called because they’re now monkey habitats.

More unbelievable vistas can be found the further inland one explores in Bali. Despite the heavy tourism development on the coastal areas, the interior is still pure tropical forest with more old structures dotting the landscape. This is thanks to the number of rivers like the Ayung and Ho that help to nourish the surrounding vegetation. Even this area has seen the inroads of tourism, with resorts like the Hanging Gardens of Bali occupying the vantage-point slopes of the inner highlands. Bali also has its fair share of mountains and volcanoes like the active Mount Agung, the island’s highest point.

Mere words at times cannot seem to adequately describe the wonders one would encounter on Bali. Whether it is the stunning geographical features, the multitude of exotic creatures and sea life, the lush vegetation, the highly hospitable people, and their vibrant history of culture and faiths co-existing in peace, there is no question that Bali is a truly international destination, having had experience playing host to regional and global summits and beauty pageants. Not even terrorist extremism and the potential for natural disaster have dampened interest in going there. We highly recommend it. This is Bali, Island of the Gods.

We recommend trying to beat the beach crowds by going closer to nature in the Bali rainforest, which can be experienced in luxurious comfort at the Hanging Gardens Resort, just to the north of Ubud. Learn more about them at their official website here: hanginggardensofbali.com