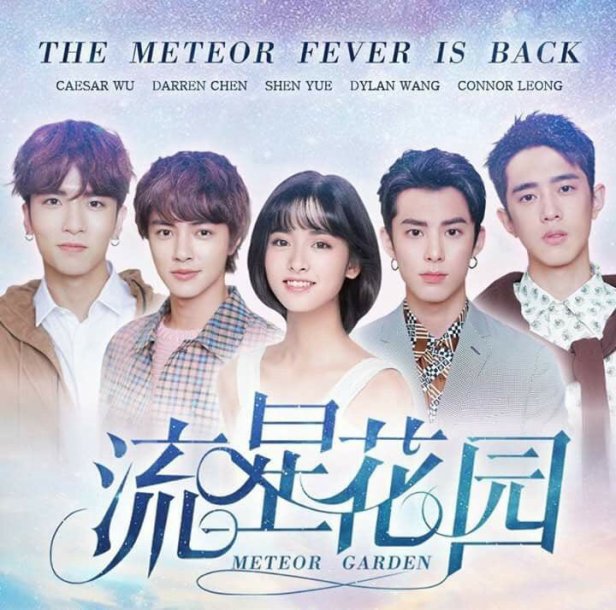 Philippine television has long had a significant portion of its total airtime reserved for foreign-language programming translated into Filipino, coming from diverse corners of the world. When it comes to “Asia-Novellas” or at least the ones from China, its proliferation can be traced to Taiwanese soap opera “Meteor Garden”. Based on the Japanese manga/anime “Hana Yori Dango”, the show’s story of a middle-class schoolgirl and a quartet of snobby rich boys (and the resulting relationships) was a hit to viewers of a particular age group in the early 2000s. Now, over a decade later, the magic is being remade anew.

As ABS-CBN News.com tells us, the first trailer for the 2018 reboot of “Meteor Garden” was put up this Thursday, May 25; and Filipinos are awash in absolute nostalgia on social media about it. That feeling is perhaps reinforced by the fact that the trailer of the new show was reusing music selections from the original soap opera. And indeed, while certain story elements might be altered, the general gist of the plot will likely remain, regarding Dong Shan Cai, her run-ins with the F4, and the romantic entanglements tying her to both Dao Ming Si and Hua Ze Lei.

Needless to say, this new take on “Meteor Garden” will soon premiere in the Philippines as well, and on the very same network that hosted the original: ABS-CBN. The reboot stars Shen Yue as Dong Shan Cai, joined by a new generation of F4: Dylan Wang as Dao Ming Si, Darren Chen as Hua Ze Lei, Connor Leong as Feng Mei Zuo, and Caesar Wu as Xi Men Yan. Thus far, the trailer shows them effectively embracing the roles that made stars out of their predecessors, with certain scenes outright evoking the same emotions as the original show.

“Meteor Garden” was the first live-action adaptation of the “Hana Yori Dango” story, and was swiftly followed by Japan itself and South Korea. The Taiwanese show originally aired in 2001 on CTS, followed by miniseries “Meteor Rain” and a sequel, “Meteor Garden II” in 2002. The original actors were Barbie Hsu as Shan Cai, Jerry Yan, Vic Zhou, Ken Chu and Vaness Wu as the F4, which also doubled as a Taiwanese pop boy band under that name until 2007 due to copyright issues (the Japanese live-action “Hana Yori Dango” premiered in 2005). Now known as JVKV, they remain semi-active.

New “Meteor Garden” is aiming for a Holiday 2018 premiere.