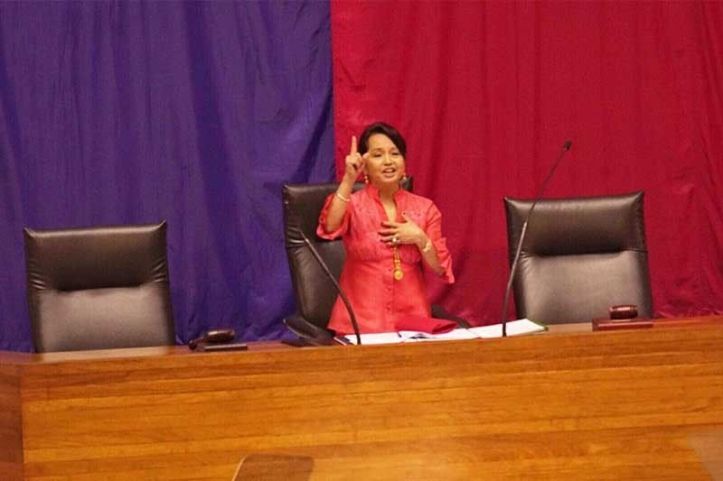 One favorite proverbial concept of the Filipino people is that of the “Gulong ng Palad” or Wheel of Fate, where people find themselves and their fortunes up one moment, down the next, then up again. That situation can perhaps be used to describe the current position of former President Gloria Macapagal Arroyo. Over the decades, she’s rolled along from surprise political entry, to Vice President and then President – the second-longest serving in the country’s history and one of the most divisive – to near ineffectual-seeming elder statesman in the House of Representatives. And then her star seems on the rise again.

CNN Philippines reports that, on the day of the third State of the Nation Address of President Rodrigo Duterte, a surprise action by Representatives in the Lower House of Congress has seen fit to appoint Gloria Macapagal Arroyo to be the new Speaker of the House, in place of the incumbent Pantaleon Alvarez. This course of events on Monday was a contributing factor for the significant delay of the President in delivering his SONA speech, from 3 or 4 in the afternoon to past 5 PM. Alvarez stood next to Duterte at the start of the joint session for the address, and the President also called him Speaker by name.

This was the culmination of an action by Congressmen to remove Alvarez as House Speaker. When the 17th Congress resumed, its session was rather quickly adjourned before the plan could be implemented. It is this power struggle in the House that also put off their ratification of the Bangsamoro Organic law – already ratified by the Senate. A sufficient number of legislators signed their names in support of Arroyo over Alvarez, who is also secretary-general of the PDP-Laban Party. The former president was sworn in minutes before the original SONA schedule.

Due to the rather rushed process of making Arroyo House Speaker, a more formal vote was enacted by the legislators in the early evening after President Duterte delivered his SONA. Her appointment was thus confirmed by 184 votes; twelve Congressmen abstained. Still, the fact that the ouster of Alvarez took place on SONA day with media and foreign dignitaries present left a sour taste in some members of Congress. Even worse, it has been confirmed somewhat that the ouster was masterminded by staunch Alvarez opponent, Davao City Mayor Sara Duterte-Carpio, the Presidential Daughter. Duterte-Carpio also allegedly spoke with Arroyo about taking up the House Speakership.

Gloria Macapagal Arroyo was a classmate of former US President Bill Clinton at Georgetown University, and later had former President Benigno Aquino III as one of her students as professor of economics at the Ateneo de Manila University. Arroyo is now age 71 as of being elected as House Speaker.