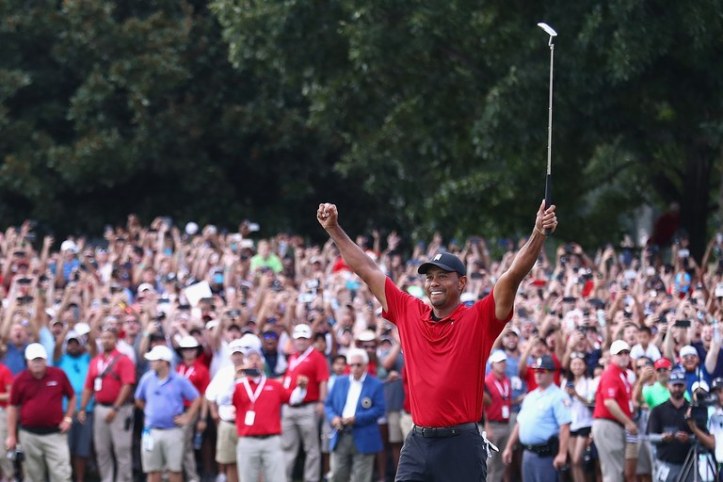 Eldrick Tont Woods, better known to the world as legendary golfer Tiger Woods, is without a doubt a standard of excellence in his chosen sport and one of the most legendary athletes of the present era. A prodigious talent nurtured while in school and on amateur contests helped him stage a phenomenal entry into the pros in 1996. Since then has built a formidable career with multiple records, only to bow out of golf for several years to address marital problems. Barring a 2013 invitational win, Woods has been a pale shadow of his past form, until just this weekend.

CNN reports that 42-year-old Tiger Woods, haunted by past dismal performances and off the tail end of recovery from his back injury, finally put both these ghosts to rest and disillusioned detractors in their place, when he won the PGA Tour Championship Sunday, September 23, at the East Lake Golf Club in Atlanta. This fixes at just over five years his first victory since coming out on top at the 2013 Arnold Palmer Invitational held March of that year, and almost eleven years since he last won the PGA Tour Championship in November 2007. This is his third PGA championship.

Tiger himself seemed surprised by what just transpired, though he must have had an inkling of his back-to-prime performance on the course that spoke positively of his back injury recovery. “It’s been unbelievable, to get to this level again,” he said. “I didn’t know if that would happen again and lo and behold, here we are.” And indeed, at the end of the weekend Woods finished his run on this year’s tour at 11-under par for a 269 score, with fellow American Billy Horschel being his runner-up by a difference of only two strokes. It is his 80th PGA win.

It was during this year’s Augusta Preview back in April that Tiger Woods finally decided to return to competition, and he described his comeback from the crippling back injury as being a miracle. “I’m just blessed, I’m just lucky. I am lucky, it worked out for me. My back was in a pretty bad spot there,” remarks Woods, who elaborates that he needed to find a different motion and rhythm in his golf swing to work around the spot on injured spot on his back.

By winning his 80th PGA contest in this year’s Tour Championship, Tiger is now only two victories away from matching the all-time record of Sam Snead; he has already surpassed other illustrious names like Arnold Palmer, Ben Hogan and Jack Nicklaus. This triumph has raised him to number 13 in the Official World Golf Rankings.