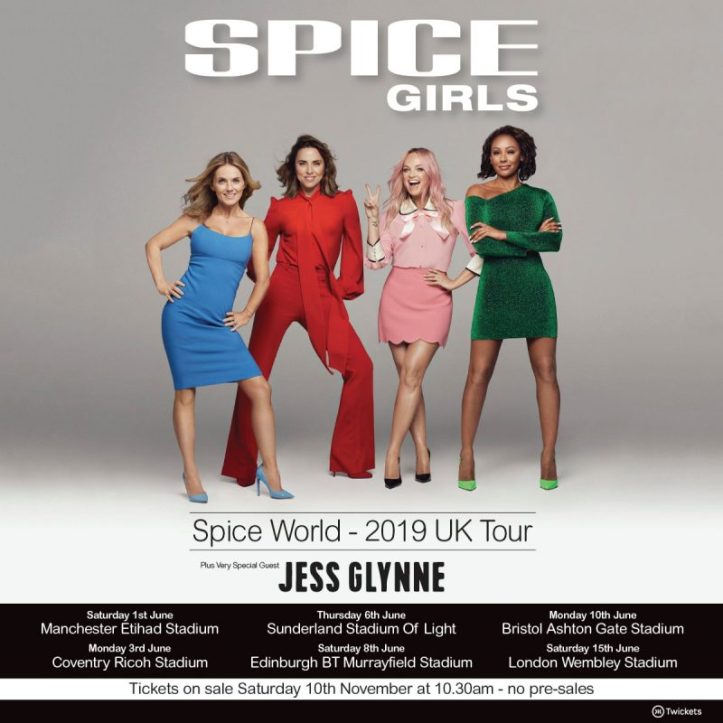 It is the reunion concert tour that might rival that of the Beatles (theoretically) in utter intensity, even though this British group has not been broken up for as long as the legendary Fab Four. We are talking about the Spice Girls, easily one of the biggest and most successful girl groups in history. Active in their original roster from 1994 to 1998, they have since gotten back together on-and-off for reunion performances in the 21st Century, with the last one back in 2012. Now the word is officially out that they will have yet another reunion UK tour next year, but they might be performing with one Spice short.

CNN reports that yes, there will be another get-together between Mel Brown (Scary), Mel Chisholm (Sporty), Emma Bunton (Baby) and Geri Halliwell (Sexy) to perform as the Spice Girls in the middle of 2019. This was announced on a post at their official Twitter page, which shows a mock newscast appearance of the four to spread the word of their new reunion tour. But any Spice Girls fan would notice that only four of them were present. Indeed, it would seem that Victoria Beckham (Posh) is sitting this one out.

Outside of this announcement, Emma herself did her own teasing of the tour on Monday, November 5, on her breakfast program at the UK’s adult contemporary Heart Radio FM network. After laughing and staying mum when her co-host Jamie Theakston pressed her for details on a possible reunion of the group for another round of concerts, she finally caved in and said, “Everything would be announced on social media at 15:00 GMT (10 a.m. ET). I’m just excited, I want it out there.” That of course was when the announcement video came on the Spice Girls Twitter, opened in October.

Said Twitter page also spoiled from the get-got that the fifth Spice will not be up for joining the rest on this tour. The account photo only showed a group shot of Mels B and C, Emma and Geri, so the implications cannot be made any clearer on the intent. For many who have remained fans of the group over the decades, this is welcome news following disproven rumors that not only were the Spice Girls guests at the royal wedding of Prince Harry and Meghan Markle months ago, but that they would sing a song for the occasion too.

The Spice Girls 2019 UK tour starts June 1 in Manchester, and shall go as follows: June 3 at Coventry, June 6 at Sunderland, June 8 at Edinburgh, June 10 at Bristol, and finally June 15 at London. They will be joined by Jess Glyne as a special guest performer.