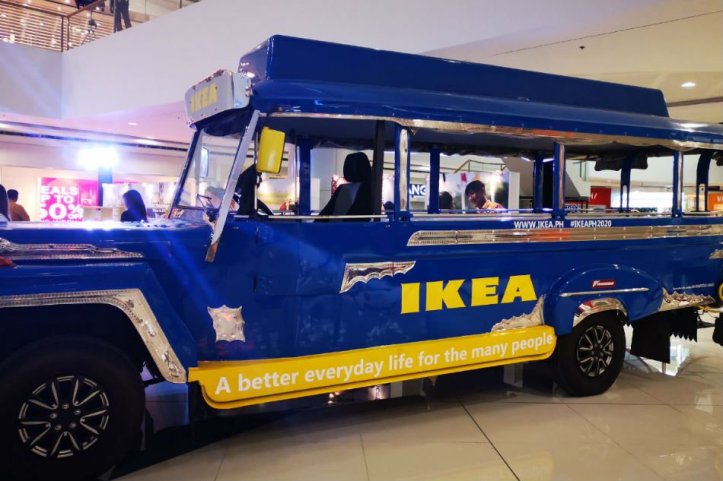 When it comes to affordable furniture that is ready to assemble (RTA), perhaps only one name stands above the rest in most of the world: IKEA. Founded in 1943 by a Swedish carpenter, it became something of a global leader in the development of furniture that could be assembled and taken apart easily as needed, as well as offering a variety of kitchenware, appliances and home accessories. With over 400 stores in 50 countries, IKEA is totally a recognizable brand, and pretty soon, Filipinos will get to know too with the upcoming opening of its first, and huge, IKEA store.

CNN Philippines has it that IKEA will indeed be making its first footprint in the Philippines sometime in the year 2020. This was revealed by Swedish Ambassador to the Philippines Harald Fries during the media launch of IKEA Philippines, which will partner with SM Holdings to set up its first shop at the Mall of Asia, with construction already underway between the MOA Arena and the SMX Convention Center. And what a grand debut in the country it will be.

The IKEA Store will be housed in a new extension linked to the main mall, with store space, warehouse, ecommerce infrastructure and call center under one roof, occupying 65,000 square meters in all. That means the first IKEA Philippines store will be the size of about 200 basketball courts in floor area, making it potentially the new biggest IKEA in the world. According to IKEA Southeast Asia development manager Georg Platzer, the upcoming store will follow the usual mold of the global RTA chain, emphasizing a “democratic” design prevalent in their knockdown furniture: function, form, quality, sustainability, and low price. “We would like many people to afford it,” says Platzer, saying IKEA products serve to “help everyone live better lives”.

In a similar way perhaps as the Amazon HQ2 initiative that has recently been announced for Long Island City, New York and Arlington, northern Virginia, the first IKEA Philippines store is expected to bring new employment opportunities for local residents. No less than 500 openings are being eyed by the company to work in the store, and that does not include additional personnel for logistics, waste management, banking, transportation and more, all of which will be filled by local partners.

Georg Platzer is fully confident in the economic growth of the Philippines, along with plenty of housing and condo residents needing RTA furniture, to push for IKEA including the country in its worldwide market. He remarks, “It’s a super fast developing country and it’s about the right timing for Ikea to be part of it.”