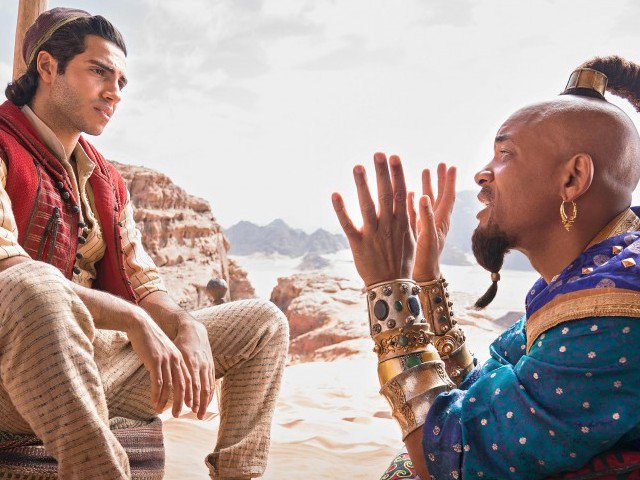 These days, Walt Disney Pictures is operating on the notion that the only thing that could be potentially better than their decades-spanning library of classic animated films is doing big-budget effects-laden adaptations of them, one at a time. Despite complaints from the more traditionalist quarters of its massive global fandom, Disney has gone and produced several live-action versions of their Animated Canon, from “101 Dalmatians” to “Cinderella” to “Jungle Book” to “Beauty and the Beast”.

One of their upcoming projects in this vein, arriving next year, is an adaptation of the 1993 film “Aladdin”. After a teaser released months ago, official images of the cast in character have been revealed. And fan consensus thus far, is a mixed bag. Entertainment Weekly, true to form, has gotten exclusive images of the “Aladdin” stars all made up in costume and on set. Social media kicked up a storm about them, and the opinions currently weigh more into the “do not want” side.

We can show you the world… of Disney’s live-action #Aladdin! Get a shining, shimmering, splendid first look at the reimagined classic in our magical First Look issue: https://t.co/Kwkcdfen5v pic.twitter.com/7NbyiRRcLH

Cosmopolitan has caught wind of the backdraft from social media reactions to the “Aladdin” cast images. Some of the sticking points for the detractors are the seemingly unnecessary elaborations to the characters’ outfits. Why is Aladdin wearing a shirt under his vest? Why is Jasmine’s midriff covered up this time? Why is the Genie even wearing clothes above his belt? And why is Will Smith not blue-skinned like his animated counterpart? Despite assurances by director Guy Ritchie that the SFX to change Smith’s skin color was not yet done in time for the photo-shoot, nostalgic fans feel a bit leery at the natural dark tone.

Speaking of Will Smith and his taking the role of the Genie of the lamp, the most serious point of contention is the fact that he is not the late Robin Williams, who was said to have put so much of his comedic spirit into the character. Smith’s own idea of making the role his own by replacing the Williams humor with Hip Hop humor…did not meet appreciative fan response. 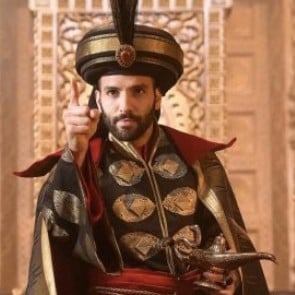 But not everything about the live-action “Aladdin” is negative. Once reactors saw Tunisian-Dutch actor Marwan Kenzari as the villain Jafar, all other faults seemed to be forgiven. Some fans went so far as to hope that the villain wins in this movie, if he could look as good as Kenzari.

“Aladdin” also stars Mena Massoud in the title role, Naomi Scott as Princess Jasmine, Navid Negahban as the Sultan, and Billy Magnussen as new character Prince Anders. The film is slated to premiere May 24 of 2019, about two months before another Disney remake arrives, “The Lion King” on July.