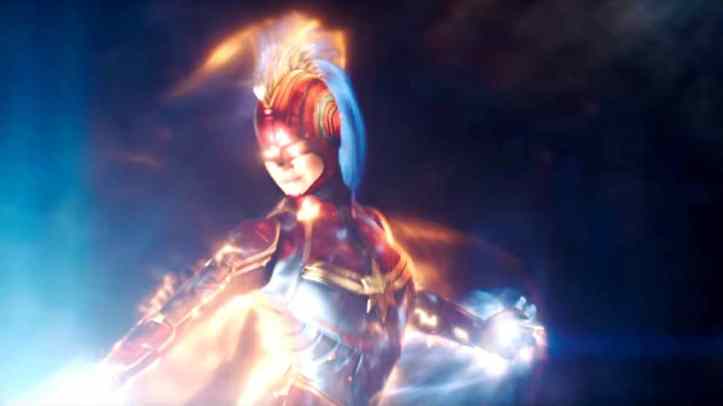 Only about three months are left before the next installment of the Marvel Cinematic Universe arrives in cinemas, and this one will actually be a trip back in time storyline-wise. “Captain Marvel” starring Brie Larson promises to delve into more background history for the MCU setting, both on Earth and on a galactic scale, effectively combining the two segments of the overarching saga, a process that sort of began with last year’s “Avengers: Infinity War”. While audiences wait however, Marvel Studios has been very busy giving out teases to the film online, such as this latest preview branded “Special Look”.

Comic Book Resources tells us that another trailer has come out for “Captain Marvel” of the MCU franchise ahead of its March premiere. This new teaser, labeled “Special Look”, revisits some of the scenes and conversations that were already covered in previews that came out ever since last year. It all seems tailored to further sell the character of Carol Danvers who, by her superhero name, is being pushed to be a new flagship character for Marvel’s movie-verse. The Special Look has a heady and balanced mixed of “normal” film scenes combined with the now standard SFX-laden super battle sequences.

The trailer gets right to it with Carol Danvers (Larson), the mysterious woman from outer space who claims to have been born and lived on Earth before, entering a bar and conversing with Nick Fury (Samuel L. Jackson), at that time only a young field agent of super-spy agency SHIELD (a de-aging feat that Marvel Studios has gotten really good at). Carol then tells Fury of the alien Skrulls, whom she claims to have been infiltrating Earth society by shape-shifting into humans. The beauty part here is that we get to finally see that disguise ability of the Skrulls so often used in the comics.

Also given the “younger” treatment in the film is returning actor Clark Gregg as SHIELD agent Phil Coulson, a character created solely for the MCU but has become popular in his own right. For the cosmic element of this film’s storyline, the special look teaser features more of Carol’s life and missions as a Kree soldier, plus more dialogue from her superior played by Jude Law, whose character identity is still uncertain. The other money shot has got to be the extended space battle sequence. There’s also humor when Carol mentions how supposedly-inconspicuous SHIELD agents wear caps with their classified agency logo on them.

“Captain Marvel” premieres on March 8, 2019 to prepare the MCU fandom for the big “finale” on July’s “Avengers: Endgame”.