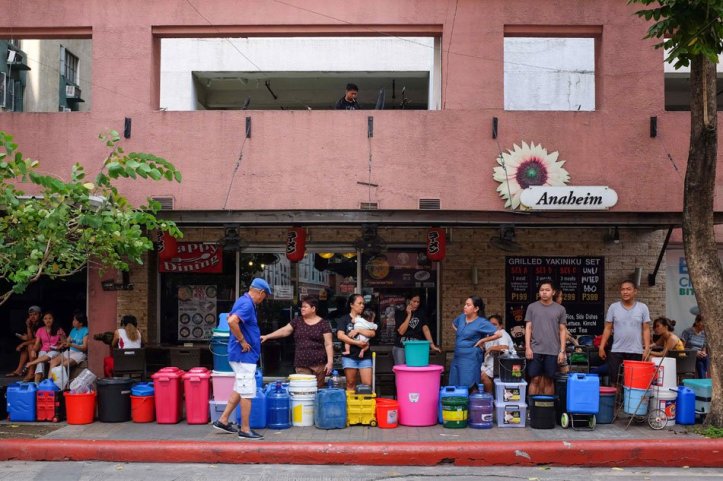 Water shortages are a familiar “old friend” to Filipinos that never seems to go away for all of its modern history. This vital supply problem even gets worse than usual when the dreaded weather condition El Niño strikes the Philippines. When high temperatures lead to the shrinking of water supply in dams and watersheds, suppliers are forced to interrupt services, much to the consternation of their consumers in urban areas like Metro Manila. This year, the severity of the water shortage coupled with increased bill rates have led to Manila Water being fined. That in turn will lead to later bill rebates for the consumers.

CNN Philippines reports that the Metropolitan Works and Sewerage System (MWSS) stated this Friday, April 26, that the fine of P534.05 million on Manila Water will be reflected as rebates on the water bills of their consumers affected by the chronic El Niño supply shortage. As MWSS Administrator Reynaldo Velasco says in a statement, the bill rebates will be reflected on as early as the month of June. Even better, the rebate will apply to all Manila Water consumers and not only the ones affected, which is around 62 of 631 Metro Manila barangays that are serviced by Manila Water.

The P534-million fine on Manila Water, an Ayala Group company, was imposed by MWSS on Wednesday, April 24, for “failure to supply water in violation of its concession agreement with the government.” A study is currently being conducted to determine how much will be reduced from water bills. One rebate possibility amounts to P2000 per Manila Water consumer. In addition, Manila Water is being pushed by MWSS to develop a new water source to increase their supply, with P600 million to be set aside by the company for that purpose.

Manila Water consumers were caught by surprise back in March 7 when their supplier interrupted water service without any announcement. Low to no water pressure was the story for the around 1.2 million customers of the company for no less than seven days. It was later explained by Manila Water that their primary source at the La Mesa reservoir in Quezon City had reached critical levels due to the onset of the El Niño dry condition. MWSS admin Velasco also assures consumers that Manila Water is prohibited from passing the burden of developing a new water supply source on the consumers to service the Metro Manila or Rizal province areas.