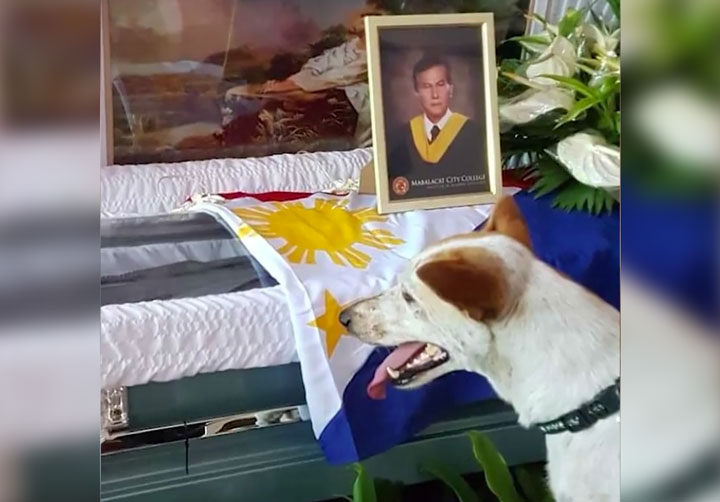 If anyone needs proof of the popular assertion that dogs are man’s best friend, they can look for stories of faithful canines that remained loyal to their humans even after the death of these persons. A famous example from Japan is the immortalized Hachiko, who waited for his university professor owner at the train station even after he passed away while teaching, from 1925 to 1935. Recently that story was locally replicated by an Askal named Buboy, who befriended a Pampanga college teacher for four years and kept waiting for him at school even after the teacher died last May.

Now, one can hope that the stray dog and his parental human have been reunited at the other side. ABS-CBN News reports that the locally viral faithful Askal Buboy has died on the morning of Wednesday, June 12, in a road accident. A statement from the Animal Kingdom Foundation, which has looked after Buboy following the death Mabalacat City College professor Carmelito Marcelo, noted that Buboy was following a school security guard in crossing the road when he was struck by a speeding vehicle. Volunteers from the AFK rushed to examine the dog, only to confirm that he had died.

The story of Buboy first caught attention on Filipino social media last month, when another Mabalacat City College teacher, Kristina Demafelix, sent a video to ABS-CBN’s “Bayan Mo, I-Patrol Mo” platform. She noted that the Askal was first taken in by her colleague Marcelo four years ago, who cared for him whenever he was at school due to having no family of his own. Buboy began following him around campus, and was noted to have waited for him when Marcelo was hospitalized last May until his death on the 18th. Demafelix then took Buboy first to Marcelo’s wake, and then his May 25 funeral mass.

“Run free #Buboy. Gone too soon. Every animal-loving Filipino mourns today,” remarked the Animal Kingdom Foundation on their Facebook post announcing the faithful Askal’s death. The charitable group pointed out Buboy’s death as an example of the widespread neglect of animals in the country, and has urged motorists to try and hit the brakes on their vehicles whenever an animal crosses the road. “They deserve better — loving families and secured homes,” the AKF said on their commentary. “When animal-loving people want to bring home a dog, we allow them. When abandoned dogs have that chance to be in a loving and secured home, we also have to give them that.”

Buboy’s early-20th Century Japanese counterpart Hachiko was also a media sensation in his country for his faithfulness. A statue of the dog located at Shibuya Station in Tokyo has since become a famous meeting spot for people waiting for somebody.

Image from News Summed Up