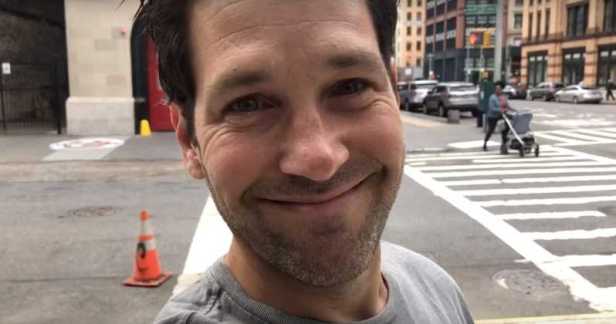 When there’s something strange in the neighborhood, who was it that you called, back in the eighties at least? Why, the “Ghostbusters” of course. Columbia Pictures hit on the beginning of a new franchise when they released the first film featuring the titular paranormal investigators and spirit-trappers in 1984. It led to a 1989 sequel, several animated series and games, and a 2016 remake that was drowned in controversy and is now considered a non-entity. But the creators have not given up yet, with another “Ghostbusters” movie coming in 2020. They even cast a certain “guy that shrinks” for it.

According to USA Today, director Jason Reitman has cast actor Paul Rudd for “Ghostbusters 2020,” the confirmed direct sequel to the eighties films in 1984 and 1989. Jason is the son of Ivan Reitman, the original director of the aforementioned installments of the franchise. As for Rudd, he reacted to being cast in the film by putting up a humorous little selfie video online, where he records himself in New York City, in front of the FDNY Hook and Ladder 8, the active firehouse that has served as the in-universe location of the Ghostbusters’ office.

After catching tourists taking photos and video of themselves outside Hook and Ladder Company 8, Rudd turns his phone camera on himself and made the big announcement of his upcoming role. In his tried and true comedic fashion he came up with a humorous line describing his joy at being cast. “I nearly slimed myself,” he says, referring to the physical element of ghostly presence in the “Ghostbusters” universe. “I can’t wait to join the cast, this fall for ‘Ghostbusters.'” Rudd finishes at the end of his video. “In fact I’m sliming myself right now.”

The actor also shared some specifics about the character he would play for “Ghostbusters 2020,” stating that he was young, “semi-young.” The Hollywood Reporter would even go one further by saying the character’s background was as a small-town teacher. Although unstated, there is the possibility that Paul Rudd might be one of the new generations of Ghostbusters that will debut in the film. He will be joining some returning original cast members such as Bill Murray and Dan Aykroyd, two of the first-generation ‘busters, alongside Sigourney Weaver. Unfortunately Harold Ramis, who portrayed Egon Spengler, had already passed away in 2014. As expected by the franchise’s original fandom, the 2016 remake does not figure into this.

Prior to this project, Paul Rudd is better known as Scott Lang/Ant-Man in the MCU. It does not take a genius to figure out that the number on the sequel’s title also refers to the official year of release. “Ghostbusters 2020” is due to arrive in cinemas in July 10.