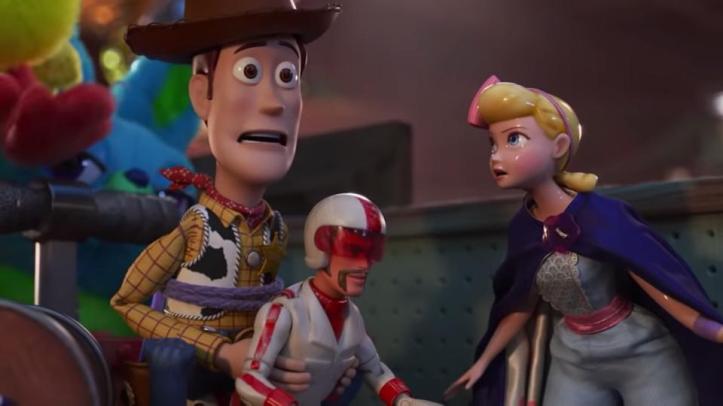 Disney has hit upon an ingenious approach by having its studios – both its own and subsidiaries like Marvel and Lucasfilm – spacing their film releases to roughly one per month this 2019.  This means moviegoers will not be going more than 30 days or so without a new Disney live-action movie, or animation, or Marvel Cinematic Universe installment, or “Star Wars” film. While there are chances of overlapping runs possibly splitting earnings, at some points a Disney or affiliated release has little to no real competition upon premiere. This has been the case for Disney-Pixar’s “Toy Story 4,” now past its first week and second weekend.

Entertainment Weekly has it that “Toy Story 4” is again the king of the box office, with earnings upward of $57.9 million across 4,575 theaters in the US. Interestingly, going into its second weekend Disney-Pixar’s latest installment of an animated franchise, involving toys coming to life when their owners are not around, finds itself competing against two other films involving living toys, both of which have negative and scary connotations to the concept. These are the remake of the 1988 horror classic “Child’s Play” and the latest chapter of the “Conjuring” franchise, “Annabelle Comes Home.”

By this point the “Child’s Play” remake, which stars the voice of Mark Hamill as the murderous doll Chucky, is well down on the top box office earners list. Now coming up behind “Toy Story 4” is “Annabelle Comes Home” from Warner Bros. and New Line Cinema, in second place this past weekend with ticket sales worth $20.4 million. Although “Toy Story 4” has dropped over 50 percent from its opening weekend gross, the figures are still pretty strong compared to most other films. It is helped by the overseas take of $236.9 million, for a $496.5 million global total.

“Toy Story 4” picks up from what had originally been a great storyline conclusion in “Toy Story 3” back in 2010. Here the hand-me-down toys of Andy Davis, led by Woody (Tom Hanks) and Buzz (Tim Allen) are enjoying the ownership of their newest kid Bonnie. When Bonnie creates a toy doll from a spork named Forky (Tony Hale), he comes to life and must be taught by Woody of the joys of being a kid’s toy. When Woody and Forky get lost in another during a road trip, Woody is reunited with his love interest Bo (Annie Potts) and must decide if returning to a child’s ownership or becoming a free toy is better for him at his age.

The film is still showing in theaters, just ahead of the July 2 release of the MCU film “Spider-Man: Far from Home” and the July 19 premiere of the remake of 1994’s “The Lion King.”