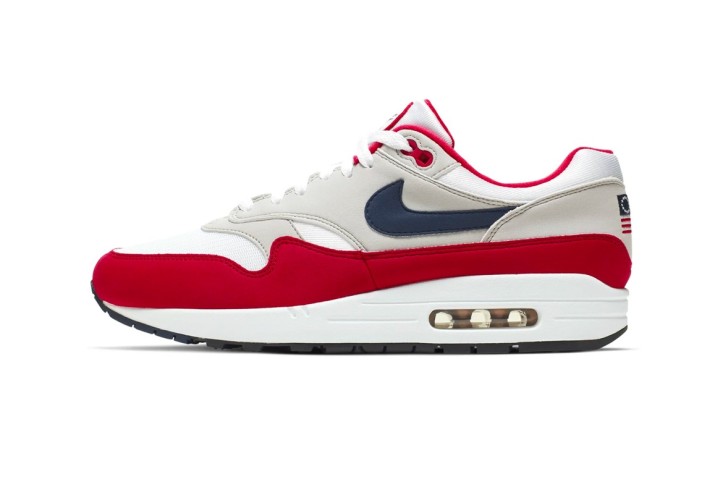 Nike is easily one of the most recognizable athletic shoe brands in the whole world. It made shoe lines specifically tailored for star athletes like Michael Jordan throughout its recent history. But a good name and endorsements are not always enough to escape controversy. From third-world “sweatshop” manufactories, to child labor rumors, to accusations of poor quality when a US NCAA player’s shoes burst in-game leading to injury, to being ostracized for sponsoring NFL activist player Colin Kaepernick, Nike has weathered much. But even they make mistakes that even the endorsers they sponsor would call them out on. Take for instance a new American-flag shoe they introduced, that had a US flag from the wrong century.

CNN has it that Nike has issued an immediate recall of their Air Max 1 Quick Strike “Fourth of July” sneakers, after receiving a complaint that its American flag motif, shortly after they were shipped to retailers following a complain they received about the design. The company noted that the Nike Air Max 1 variant in question, which was to be released to coincide with the Fourth of July celebration, featured an early version of the flag that some consumers considered to be offensive. One of these consumers was former NFL player Colin Kaepernick himself.

The flag on the Air Max 1 Quick Strike Fourth of July featured the 13-star (arranged in a circle) and 13-stripe version that had been in use during the American Revolution and a few years afterward (1777-1795). The stars and stripes represented the original 13 Colonies of Great that became the first States of the US. Originally slated for a July 1 release in stores for $140 a pair, the complaints received led to Nike cutting the debut short and requesting all retailers to send the shoes back. Kaepernick was unavailable for comment regarding the recall spurred by his complaint.

In this day and age Nike has had to walk a tightrope between doing business and potentially setting off an easily irritable public on account of any action being given a political spin. This is evident in a decision they made last month to halt sales of Nike stuff in China, due to Chinese backlash against the company when one of their fashion design collaborators expressed support for the Hong Kong protests on social media. The company has not clarified if any US consumers managed to buy the special-edition Air Max 1 ahead of release.