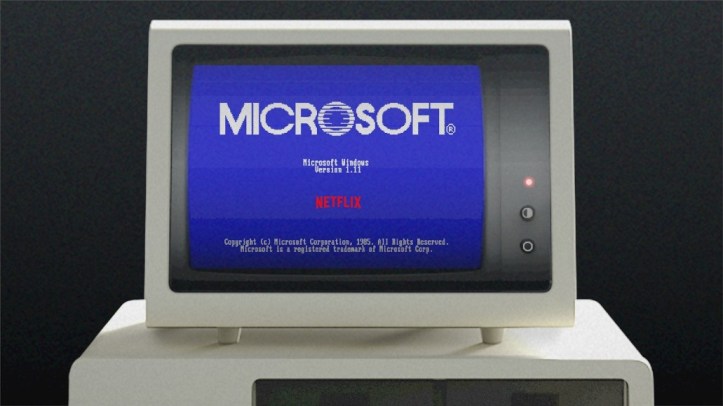 Last week, Netflix gave fans what they have waited two years for, the third season of their hit Eighties-period sci-fi horror series “Stranger Things.” This batch of episodes can be considered a soft reboot, with a new major development in the lives of the main cast, who have transitioned from plucky kids to adolescents with shifting interpersonal dynamics. This thrilling story is told in a careful period-accurate setting of 1985, with plenty of product and pop cultural placements galore. Not to be left behind in “Stranger Things” representation, Microsoft has been teasing a tie-in to the Netflix series, rooted on their first Windows operating system.

The Verge has it that the official Windows Twitter page has been deluged by posts that, for the uninitiated, are strangely promoting Microsoft Windows 1.0, the first Windows OS that standardized the graphic user interface (GUI) format of its successors. If you are a Netflix binge-watcher you might recognize the telltale signs from the videos featured on the Windows tweets. But if you need a hint, then here it is: Windows 1.0 released on November 20, 1985. That means it came out on the same year that “Stranger Things” season 3 takes place, if several months later from season premiere.

From Microsoft’s captions advertising Windows 1.0 as “all-new,” one might assume that this twitter blitz, which started at the beginning of July, is nothing more than a collaborative promotion with the hit Netflix streaming series, if that one tweet showing a Ferris wheel flickering on an old PC screen running the old OS (and the screen flickering in general) is any indication. That would be the most reasonable explanation. It is even a reversal of the one other show collaboration they did, where Microsoft got “Friends” stars Matthew Perry and Jennifer Aniston to explain an introduction to Windows 95 as their characters, on a video.

Be a part of the computing revolution and get your copy of Windows 1.0 today! pic.twitter.com/VJzgYnfEvB

But it looks like Microsoft is interested in going beyond generating a few laughs. Apparently there is a free app for download on the Microsoft Store, called “Window 1.11.” According to Windows Report it is a game based on the user interface of the actual Windows 1.0, but one that has been affected by the mysterious powers and creatures from the Upside Down. An in-game screenshot indicates it is like a retro-age RPG dungeon crawl from top-down perspective. Curious users will have to wait until July 8 in order to download Windows 1.11 app, for Windows 10 V10240.0 and up.

Meanwhile, all eight episodes of “Stranger Things” season 3 are available for streaming on Netflix.

Image courtesy of On MSFT