“GAME OF THRONES” Gets NOMINATION RECORD for 2019 PRIMETIME EMMYS 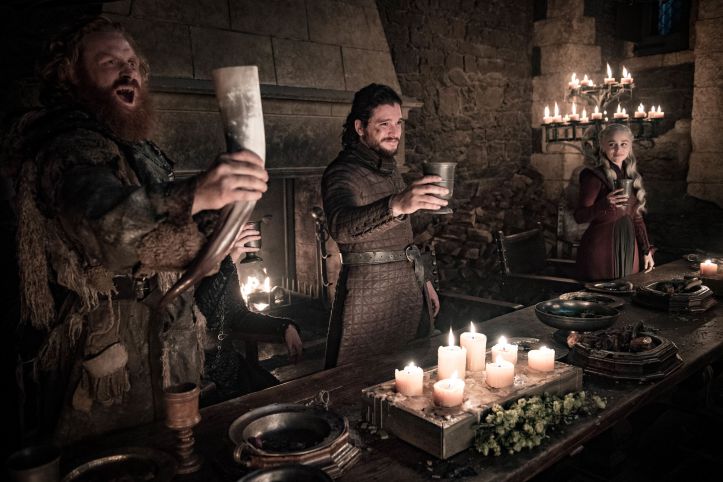 There was a time, in past Primetime Emmy Awards this decade alone, when the nominations were utterly dominated by one show, and from that show, one network. It was the medieval fantasy epic series “Game of Thrones” from HBO, which hooked audiences with its bloody violence, steaming sensuality and subversive nature in terms of storytelling. Years passed, streaming platforms put forth their own original productions, and critical franchise fans became disillusioned by the latter seasons of “Thrones,” especially the divisive eighth and final one, months ago. That has not stopped the series from racking up the Primetime Emmy nominations for HBO one last time however, breaking a new record too.

CBS News has it that on its last outing for the small screen, “Game of Thrones” managed to rack up a mind-blowing 32 nominations at for the 71st Primetime Emmy Awards. To break things down, the hit HBO medieval fantasy got 14 nominations for the “major” categories, and 18 more from the “Creative Arts” awards for the technical aspects of TV production. The Creative Arts nominations are a given considering the immensely massive production value of Season 8 of the show, but the 14 major nominations are interesting, considering the audience reception to the same.

With only six episodes to wrap up the epic story of the political power struggle, and the existential apocalyptic conflict, being waged on Westeros, the last hurrah of “Game of Thrones” was panned by reviews and became the least critically-favored season of the near-decade-old show. Such was the backlash of the final characterizations of the remaining protagonists and antagonists that an online petition to have the season be redone by anyone other than show-runners D.B. Weiss and Dave Benioff. Other fans of the franchise have resigned themselves to waiting for original author George R.R. Martin to finish the book story.

The success of “Game of Thrones” in the number of nominations also helped its mother network HBO to pay back streaming giant Netflix for briefly displacing it in nominee count last year in the 70th Primetime Emmys. The nomination announcement is a big return to form for the cable network, although it could well be the final victory of that platform against the rise of widespread media streaming. With the other HBO series getting Primetime Emmy nods here, the nominations for the network this 2019 is 47, compared to Netflix’s total 29 and Amazon’s 18.

The 71st Primetime Emmy Awards will air on Fox this coming September 22 at the Microsoft Theater in Los Angeles. The Creative Arts Awards in turn will run in the prior weekend, from September 14-15.