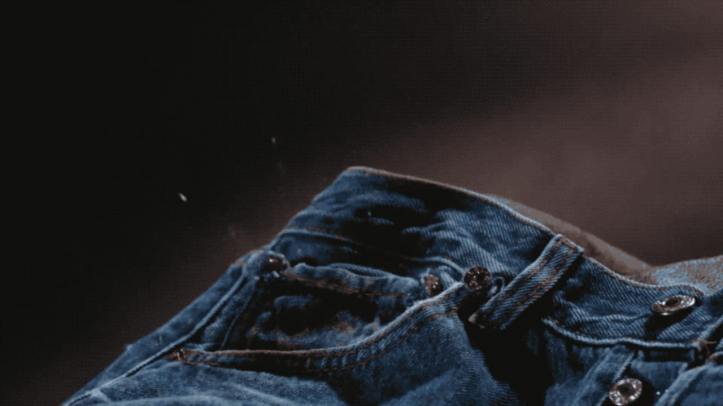 In the 19th Century a German Jew named Levi Strauss went to the US and, while managing the family dry goods store in San Francisco, helped designed an evolution of pants that would grow beyond its American Western roots to become a global fashion standard: denim jeans. Sturdy pants made of denim fabric, Strauss and Jacob Davis devised a method of reinforcing the stress points with copper rivets. Today, improved machine-sewing technology provides the necessary reinforcement to jeans, making its rivets more decorative than functional. In that regard, a UK-based charity is proposing an initiative for jean manufacturers to remove the rivets, along with other manufacturing guidelines extending pants lifetimes.

CNN reports that the Ellen MacArthur Foundation has released a “Jeans Redesign Guidelines,” a set of manufacturing standards for denim wear, especially jeans, which they want clothing designers and manufacturers to adopt. The gist of the redesign guidelines is to contribute to the extension of the lifetime of wear and tear jeans can take before their owners buy new ones. One particular regulation stipulates that pants-makers minimize or eventually eliminate the use of copper rivets in making jeans and other denim wear. After all, they do not actually need to perform the reinforcement function that Levi Strauss, creator of Levi’s, initially intended for them before.

According to Ryerson University assistant professor of fashion design Anika Kozlowski, the irony of modern jean manufacturing is that the industry mass-produces large amounts of them for worldwide purchase when the point was that they were supposed to last wearers for years. Another environmental factor that need considering with denim jeans is the amount of water used to grow the cotton that makes them, as well as for dyeing, rinsing, and finishing. Next, the use of sandblasting and air-compressed abrasives to custom wear-and-tear jeans poses health risks to factory workers.

Kozlowski notes that the global fashion industry is one of the top polluters in the world, and the denim wear manufacturing sector is one of the worst. That is why the Ellen MacArthur Foundation is promoting their redesign guidelines to cut down on the environmental impact as well as lengthen the lifetime of a good pair of jeans. Francois Souchet of Make Fashion Circular notes that the companies in the pants-making supply chain need to start asking themselves: “How can this product be redesigned in its second life?” and “How do I lower its environmental impact and do so ethically?”

While Levi’s has not signed up for the EMF’s “Jeans Redesign Guidelines,” they have pledged to begin their own measures to reduce environmental impact along with Wrangler and G-Star Raw. Current official supporters of the guidelines include Lee Jeans, GAP, C&A and The H&M Group.