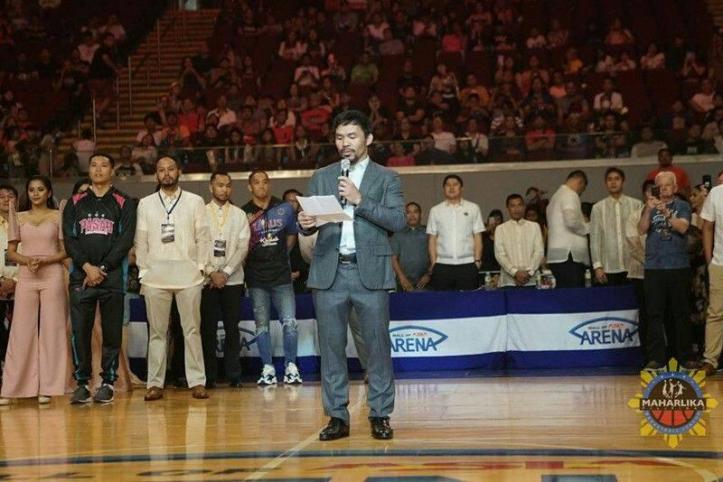 Compare the professional basketball leagues of the Philippines and the US. In the latter, their NBA team franchises are geographically located across the nation, with fans supportive of their resident teams as they go for the seasonal conference and league championships. The PBA on the other hand has franchises controlled by corporate entities, with games played mainly in Manila with occasional provincial jaunts. There have been attempts to create basketball leagues with regionally based teams, such as the abortive MBA (1998-2002) and Senator Manny Paquiao’s 2017-launched MBPL. This semi-pro league fields teams with both corporate sponsors and home locality, though they might not remain semi-professional.

That is because, according to The Philippine Star, the country’s Games and Amusement Board (GAB) is interested in transforming the semi-pro Maharlika Pilipinas Basketball League (MPBL) into a professional arena under their regulatory supervision, similar to the long-running and venerable Philippine Basketball Association (PBA). To that effect GAB chief Abraham Mitra has communicated with league founder Sen. Manny Pacquiao and the sitting MBPL commissioner Kenneth Duremdes. The fighting Senator expressed reservations for upgrading the more relaxed semi-pro atmosphere of his league, wondering if going pro will curtail the development of homegrown talent from team homes.

For his part Commissioner Duremdes notes that several MBPL players are actually regulars from collegiate leagues such as the UAAP, which originally allowed players from their member teams to compete in the MBPL as individuals for the franchise teams. This regulation will be altered in the current league season, where UAAP players can no longer play unless their school team also participates in the MBPL. Should the GAB turn the league pro, the current stable of active UAAP and Philippine NCAA players would be forced to leave. Mitra assures Pacquiao however that a professional career prospect will only encourage local basketball talents to sign up.

Abraham Mitra also notes that making the Maharlika Pilipinas Basketball League into a pro circuit will help improve its player quality up to competitive FIBA levels. Seeing as the global basketball league no longer makes professional-amateur distinctions in who plays for their member national teams, keeping the MBPL as semi-pro is considered to be superfluous.

The MBPL is semi-pro due to its players either being collegiate students or doing other lines of work outside of league play. Nevertheless they have league and team contracts guaranteeing monthly pays of P15,000 to P50,000. Such has been the success of the league since 2017 that its starting 10-team lineup from Luzon expanded to 26 in the following season, and 31 in the current third season. Teams must have at least three players resident in their home court locality, a max two Fil-foreigner “imports” and max five ex-pros allowed into their respective MPBL rosters. Some league teams actually originated from the defunct MBA lineup.