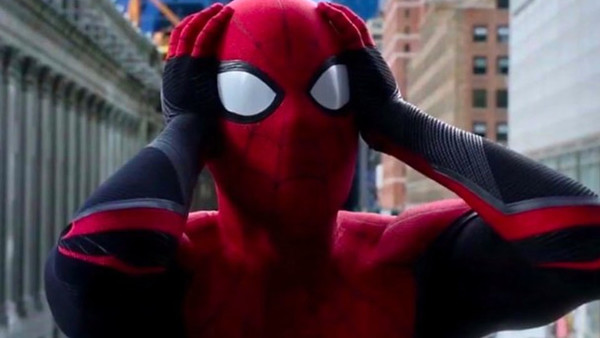 Much as Marvel would like to have all its eggs in one basket, when it comes to film rights to all of their characters they do not have them in their entirety. Sony is famously known for keeping its movie rights to “Spider-Man” to their chest, and it was only a landmark sharing deal with Disney-Marvel Studios that allowed the Friendly Neighborhood hero to appear in team-ups and new solo pictures as portrayed by Tom Holland. Not long after “Spider-Man: Far from Home” was released however, this fragile rights deal may have just been ended between Disney-Marvel and Sony-Columbia Pictures.

The Hollywood Reporter has it that Marvel Studios and Sony Pictures have decided to pull cooperation on the production of more solo films featuring top-line Marvel Comics hero Spider-Man. The breakdown of the unique cooperative deal first broached in 2014 was due to Marvel Studios’ parent company Disney looking to renegotiate the deal for a larger share of the box-office gross, while Sony was adamant that the existing terms were fine as is. This rights-sharing scheme gave Marvel Studios leave to use the wall-crawler in crossovers with the MCU franchise, while they, particularly studio head Kevin Feige, would produce new solo “Spider-Man” films for Sony.

The landmark arrangement gave all merchandising revenue for “Spider-Man: Homecoming” and “Far from Home” to Disney-Marvel Studios while receiving only 5% of the box office earnings. Following the runaway success of “Far from Home,” Disney had tried to increase the share, but Sony held firm and as of Tuesday, August 21, word was out that there will be no further co-production between Sony and Marvel Studios’ Feige for more “Spider-Man” films. From a storytelling viewpoint, that means Peter Parker/Spidey is no longer allowed to appear in the MCU franchise, which could spell the end of this iteration of the character as played by Tom Holland.

To say this outcome is problematic is too generous. The “Holland era” of Spider-Man in film has been considered the high-point of Sony’s handling of the character following the “start strong but flounder eventually” initial trilogy with Tobey Maguire and the “successfully mediocre” twofer with Andrew Garfield. Sony Pictures boss Tom Rothman gave a diplomatic explanation of Kevin Feige’s exit being attributed to him busying with integrating the “X-Men” franchise into the MCU following the acquisition of rights-holder 20th Century Fox. Analysts believe Sony is confident following the success of spinoffs “Spider-Man: Into the Spider-Verse” and “Venom” that they could once again produce good Spider-fare without help from Marvel Studios.

But the potential loss of this latest version of movie-Spidey could potentially hurt both, with Disney-Marvel being unable to continue its MCU cliffhanger in “Far from Home” and Sony-Columbia having to prove that their “Venom” and “Spider-Verse” productions were no fluke. Interestingly, there was no “Spider-Man” film in the MCU Phase 4 movie release schedule, which covers only two years.

Image courtesy of What Culture