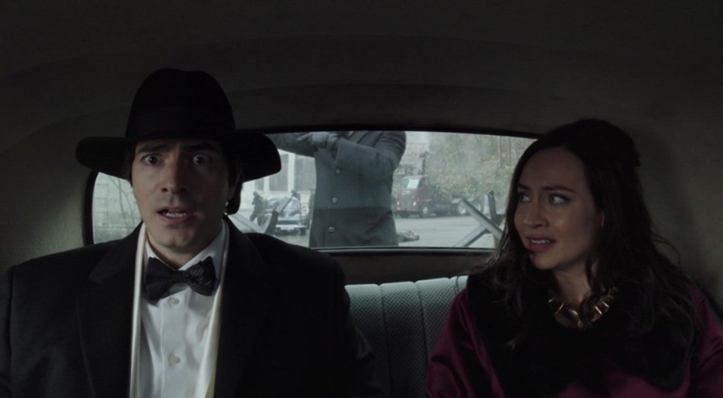 Of all series based on DC Comics characters that are part of the “Arrow”-verse franchise on The CW, “DC’s Legends of Tomorrow” has a unique approach to its principal cast of characters. That is because its cast comprising the titular time-travelling team was conceptualized to be dynamic, with members coming and going as mandated in the story arcs across its seasons. After all, they were comprised of one-off side-character heroes from the other “Arrow”-verse shows. Case in point, sometime during the run of “Legends” season 5 in 2020, two of its cast – one “founder” and one “replacement” – will both depart.

Comic Book Resources tells us that Brandon Routh and Courtney Ford are set to leave the cast for “DC’s Legends of Tomorrow” on The CW when the series starts its fifth season next year. This tidbit was shared by the show’s executive producers Phil Klemmer, Grianne Godfree and Keto Shimizu, who called the two cast members invaluable members of the cast family for “Legends.” Routh plays the role of superhero Ray Palmer/The Atom, first introduced in “Arrow” before becoming one of the initial Legends team members in the first season. Ford on the other hand is a recent addition, initially an antagonist during season 3 and turning face in 4.

Speaking of “Legends” season 4, Routh’s character and Ford’s Nora Darhk have ended up in a romantic relationship, which is a key element of one of that season’s concluding story arcs, with Ray “dying” by giving up his body to the demon Neron, archenemy of John Constantine (Matt Ryan). According to the series creative team, this harrowing experience for Ray and Nora would be one of the last beats of their character storyline as regular members of the Legends of Tomorrow team. Owing to the time travelling aspect of the show however, goodbye does not really mean a permanent farewell.

“We love these characters and hope to check in with them in future seasons, to see how life off the ship has transformed them for better or worse,” the producers said in their statement. The sentiment is echoed by Brandon Routh, who is said to have overcome the stigma of the lackluster performance of the “Superman Returns” film from 2006 by playing a different DC hero in “big-hearted and humorous” Ray Palmer. Courtney Ford understands with Routh the necessity of their characters leaving the series, saying, I understand that stories run their course, and I’m grateful for the time I did have bringing Nora to life on Legends of Tomorrow.”

“Legends of Tomorrow” season 5 will start sometime in January 2020, and it will be part of the “Crisis on Infinite Earths” crossover with the other “Arrow”-verse series on The CW, which coincidentally see Routh reprising his big-screen role as Superman from an alternate Earth.