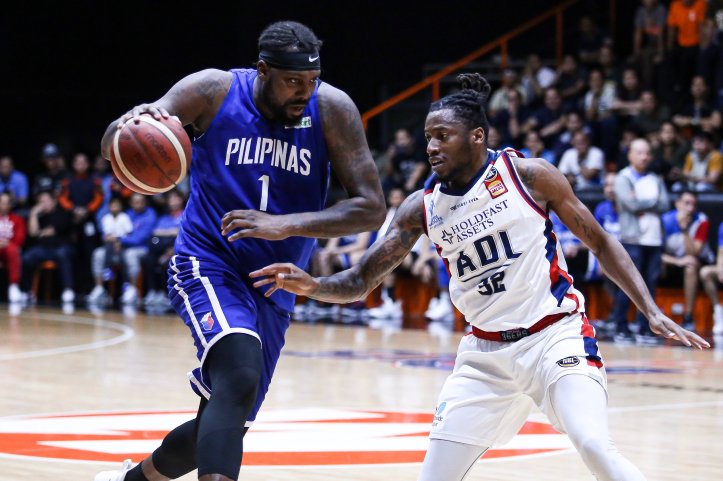 The 2019 FIBA Basketball World Cup will kick off in China on the very last day of this month, and team Gilas Pilipinas is determined not to waste its hard-earned tournament spot in the competition, by trying to get is as much quality tune-up games as they could without wearing themselves out when the real matches begin. This is rather important considering that some of their best players are sideline either due to injuries or waiting out a FIBA suspension. To that end Team Gilas took on the Adelaide 36ers from the Australia-NZ NBL league this Friday, and the resultant victory spoke of great promise.

GMA News reports that the first of two tune-up games between the Gilas Pilipinas and the Adelaide 36ers, held August 23 at the Meralco Gym, ended with a confident 92-83 win for the Philippine National Men’s Basketball Team, something the squad really needed to experience in the last weeks of practice they will have before the FIBA World Cup begins. It was even more meaningful considering the number of players who could not participate in the match. Poy Erram, Matthew Wright and Marcio Lassiter were still nursing some hurts from games past. Kiefer Ravena meanwhile is burning out his activity suspension period, earned after tested positive for a WADA-prohibited substance.

Fortunately, the rest of the Gilas lineup proved more than able to go toe to toe and eventually pull ahead of the pro Australian squad. Leading the scoring charge was the team’s naturalized player Andray Blatche, who contributed 19 points and 18 rebounds. Not far behind was Japeth Aguilar with 17 points and 3 key blocks. He would cement his team’s triumph with a risky last-second dunk in the final quarter that left him with bloody lip, but securing the last two points of 92.

While showing the Adelaide 36ers who ruled was a big skill and morale boost, the moment was dampened by the sad news that sidelined Gilas squaddie Marcio Lassiter was ruled by head coach Yeng Guiao to be unable to recover from his busted knee in time for the FIBA Basketball World Cup. Thus he is being dropped from the Gilas roster. Lassiter sustained his injury from the recently concluded PBA Commissioner’s Cup Semi-Finals while playing for the San Miguel Beermen. He is especially bummed at missing the window while recovering as he has been judged to be the best shooter for the Gilas lineup. The other Gilas gunner, Matthew Wright, is also nursing an injury but might recover in time.

The 2019 FIBA Basketball World Cup will run from August 31 to September 15, with 32 national teams battling it out for international basketball glory in eight venues across China.