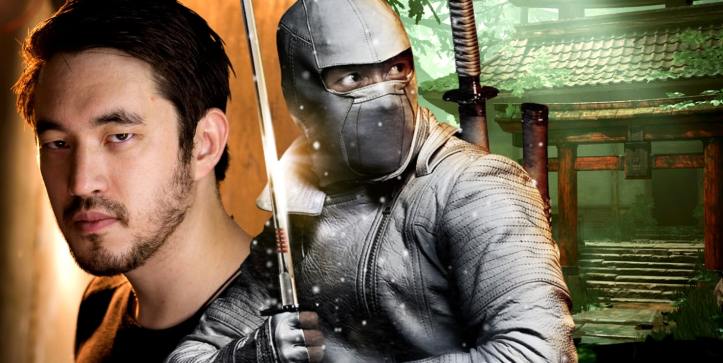 Major global toy brand Hasbro has scored quite big with its big-screen live adaptations of several of its iconic toy lines. Granted, most of those films are based on “Transformers,” but at least two have brought a Real American Hero to cinemas with 2009’s “G.I. Joe” and its 2013 sequel “Retaliation.” Both films did well enough in the box office despite mediocre reviews. Now Paramount and Hasbro’s film arm AllSpark Pictures is taking a page from the “Transformers” movies by making a “G.I. Joe” spinoff featuring the franchise’s most popular character Snake Eyes, starring Henry Golding of “Crazy Rich Asians.”

In the latest development of the “Snake Eyes” movie according to The Hollywood Reporter, Paramount Pictures and AllSpark have finally decided on who to cast opposite the lead Henry Golding, portraying G.I. Joe operative Snake Eyes’ ninja rival Storm Shadow. It is none other than Andrew Koji, star of Cinemax original series “Warrior.” The movie will be directed by Robert Schentke, who was behind “Insurgent” (2015) and “Allegiant” (2016), both being sequels of Lionsgate’s 2014 film adaptation of Veronica Roth’s “Divergent” series. Lorenzo di Bonaventura serves as producer for a story written by Evan Spiliotopoulos.

Snake Eyes made its debut in Hasbro’s “G.I. Joe” action figure line in 1982, depicted as a commando with a full head-covering mask and visor and armed with ninja weapons alongside modern firearms. He is famous for not speaking on missions, though the reasons for this varies between retellings, from severe permanent injuries to his vocal cords from an explosion, to a deliberate choice to remain silent in honor of his departed ninja sensei. Storm Shadow was introduced in 1984 as Snake Eyes’ rival working for terrorist organization Cobra. The two characters have a complex history, with Snake Eyes studying martial arts with Storm Shadow’s family, the Arashikage ninja clan.

Plans to make a “Snake Eyes” spinoff of the “G.I. Joe” movies were first announced by Paramount back in May 2018, with Robert Schwentke’s involvement confirmed in December of that same year. Both Henry Golding and Andrew Koji were cast this August, and while this will be a first for Golding as a pure action role, Koji already has his experience in “Warrior,” portraying a Chinese martial arts master in 1870s San Francisco, to prepare him for the role of a ninja like Storm Shadow. He even shares a Japanese-American family background with the character.

In the previous “G.I. Joe” movies the roles of Snake Eyes and Storm Shadow were portrayed respectively by Scottish actor Ray Park (Darth Maul in “Star Wars: The Phantom Menace”) and South Korean star Lee Byung-hun. “Snake Eyes” is due to premiere on March 2020.