“TERMINATOR” Part of “MORTAL KOMBAT 11” Kombat Pack DLC, But is NOT VOICED by SCHWARZENEGGER 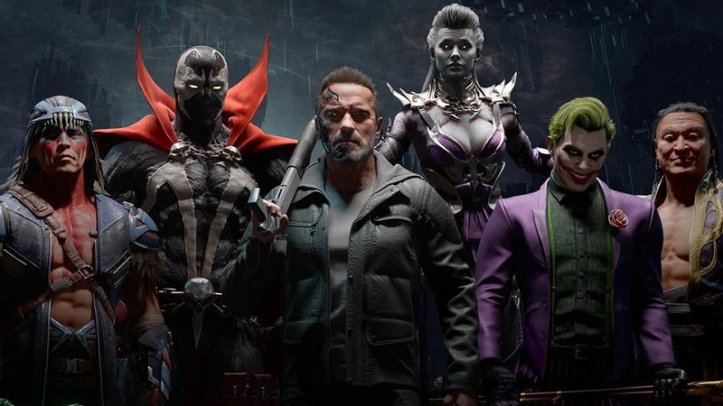 Ever since its first game in the franchise was released in 1992, the “Mortal Kombat” fighting game series has exploded into a multimedia phenomenon with a one-time comic book title, some movies and TV series to its brand name. But the core of the franchise has always remained with the games, for which the original was a contributing factor to the formation of the Videogame Ratings Board for how violent it was (at the time of release). Close to three decades later, the latest game title “Mortal Kombat 11” upped the label’s cultural prominence by adding DLC characters from various other franchises, including “The Terminator.”

Unfortunately as The Hollywood Reporter points out, just because NetherRealm Studios managed to acquire the Terminator character as a guest fighter on their “Kombat Pack DLC” does not mean that they will get the role to be reprised by the originator. This came around as clarification following a tweet by “Mortal Kombat” creator Ed Boon just this Thursday, August 22, hinting that the game studio actually got Arnold Schwarzenegger to reprise his iconic role for the videogame version on DLC.

But according to Warner Bros. Interactive, which publishes the “Mortal Kombat” games from NetherRealm Studios, the only thing they got permission to use from Schwarzenegger was his likeness for the facial features of the Terminator T-800 that figures as an additional playable fighter for this game. The actor did not voice any dialogue for the character and NetherRealm had to use a stand-in vocal talent. While Schwarzenegger had done voice acting for tie-in games of the “Terminator” franchise, his decision not to do the same for “Mortal Kombat 11” is understandable. During his term as Governor of California, Arnold had authored and supported a bill to prohibit selling and renting of violent videogames to minors.

The character design used for the T-800 as appearing in “Mortal Kombat 11” is interestingly not the famous clean-shaven look from the earlier “Terminator” films, but rather the aged, grizzled, and bearded look used by Arnold Schwarzenegger for the sequel “Terminator: Dark Fate” from 20th Century Fox, premiering November 1.

First revealed in its entirety this past Wednesday, August 21, the “Mortal Kombat 11” Kombat Pack includes classic Kombat characters like Shang Tsung (voiced by Cary-Hiroyuki Tagawa reprising from the first 1995 “Mortal Kombat” movie), Nightwolf and Sindel. Aside from the Terminator T-800, additions from outside franchises include Spawn from Image Comics and the Joker from DC Comics. Joker first became a “Kombatant” in the 2008 spinoff title “Mortal Kombat vs. DC Universe,” which served to inspire the DC “Injustice” fighting game series, also from NetherRealm Studios. Shang Tsung and Nightwolf are already available; the Terminator on October 8, Sindel on November 26, Joker on January 28 next year, and lastly Spawn on March 17.