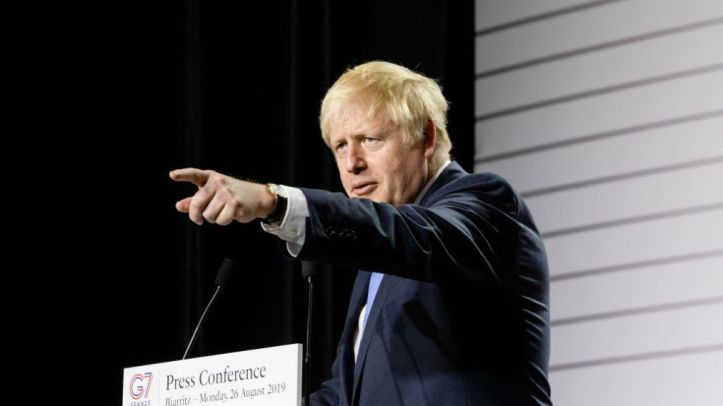 BREXIT – that was the nickname for the plan for the government of the United Kingdom, acting on the wishes of a vehemently vocal sector of its population, to withdraw their country’s membership in the European Union. It has been a shadow hanging over their nation since the 2016 referendum, and the complicated legalese of such a motion has led to the resignation of two Prime Ministers, the one who reluctantly oversaw the referendum and his successor, who could not negotiate an exit from the EU without interference. The current PM, Boris Johnson, is grimly determined to realize BREXIT, without deals if necessary. And he is taking a rather heavy-handed step.

The BBC reports that British Prime Minister Boris Johnson is banking on a move that will remove Parliament and their penchant obstructiveness from the final stages of the UK departure from the European Union, the same way they have stymied his predecessor Theresa May. PM Johnson has asked the monarch, Queen Elizabeth II, to suspend the activities of Parliament, the British legislature, shortly after the members reconvene in September following a recess. The timing of the suspension Johnson is calling for will prevent the Members of Parliament (MPs) from passing any motion that will delay or stop the final BREXIT deadline set for October 31.

Parliament has been obstinate that the UK does not leave the EU without setting ground rules for their new post-membership relations, but has expressed little confidence in previous BREXIT plans proposed by former PM May. Johnson on the other hand is fully supportive of withdrawing without making any deals with the rest of Europe and pooh-poohs opposition concerns that an abrupt separation will have catastrophic consequences on British economy. The Prime Minister sees Elizabeth II giving a Queen’s Speech on October 14, after the Parliament suspension period, where she will present his planned BREXIT agenda.

But Boris Johnson is also countering claims that the call for Parliamentary suspension by the monarch was a calculated tactic to prevent the increasing possibility of a no-deal EU withdrawal. He notes that there will still be time to draw up post-BREXIT deals following a summit with the rest of the European Union on October 17, just days after the Queen’s Speech, a ceremonial reading by Elizabeth II of the Johnson government’s immediate future direction. But his own fellow Conservatives consider his going to the Queen as a “nuclear option” and “profoundly undemocratic.” There are even warnings that PM Johnson could face a no-confidence vote.

The root of the UK desire to leave the EU lies in being able to exclusively control its trade and immigration policies, among several factors, without having to toe the line that all Union members must follow. There has also been an underlying nationalistic bent to the movement that has shades of racism and anti-immigration.