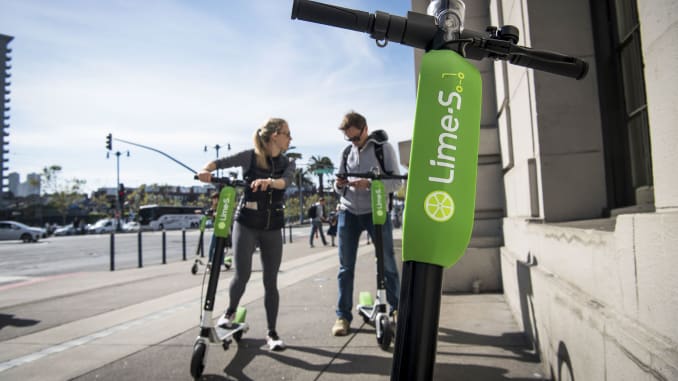 In an increasingly crowded world where vehicular traffic just keeps getting worse, the search for and development of alternative transportation solutions has produced some ideas that are simultaneously convenient (for customers) and not (for local authorities). One need look no further than the examples of ride-sharing transport companies Lime and Bird, which provides dock-less electronic scooters for sharing on public roadsides, hirable and paid for online via mobile app which also allows prospective customers to find the scooters via GPS. Normally some local authorities frown on the companies due to their conveyances looking like a mess on roadsides. But in Florida lately, they also have the potential to be life-threatening.

The Verge tells us that just as Hurricane Dorian is fixing for landfall along Florida’s east coast, several transportation companies worked last week to quickly remove their dock-less sharing vehicles – scooters and bicycles – from city streets for stowing. The concern is not merely the possibility of having the conveyances be washed away by floodwaters; there is also the fact that these scooters and bikes from Lime, Bird, Spin and Jump are also lightweight. A strong enough wind can actually carry them at speeds capable of doing damage to structures…and people.

In Miami, the city government had given these mobility firms until last Friday, August 30, to clear out their e-scooters and bicycles. The same deadlines have been given at Fort Lauderdale and Orlando. To count, there are about 1,500 Lime dock-less e-scooters scattered throughout Fort Lauderdale and Miami, plus 500 bikes in Orlando. The numbers are notable considering that Lime already has prior experience in evacuating its mobility aids ahead of potentially powerful hurricanes affecting Florida communities where they are placed. In 2017 Lime bikes were quickly stowed in company warehouses ahead of Hurricane Irma.

But while Lime is now an old hand in preventing its ride-sharing vehicles from being washed away or turned into windborne projectiles during powerful storms, Jump and Spin are relatively new when it comes to preparing for hurricanes Jump reports that they have 250 scooters in Miami, which they have cleared in time for the city deadline, plus 300 more in Tampa that they will evacuate next should the city call for such, and with a more hectic deadline of just 12 hours if so. Spin has only had their scooters in Florida for shy of a whole year, but are at least monitoring the weather reports to know when to evacuate their electric scooters.

Hurricane Dorian has already spurred mandatory evacuations on Jacksonville schedule for Monday, September 2 at 8 AM local time. A state of emergency has also been declared in nearby states of Georgia and both Carolinas.