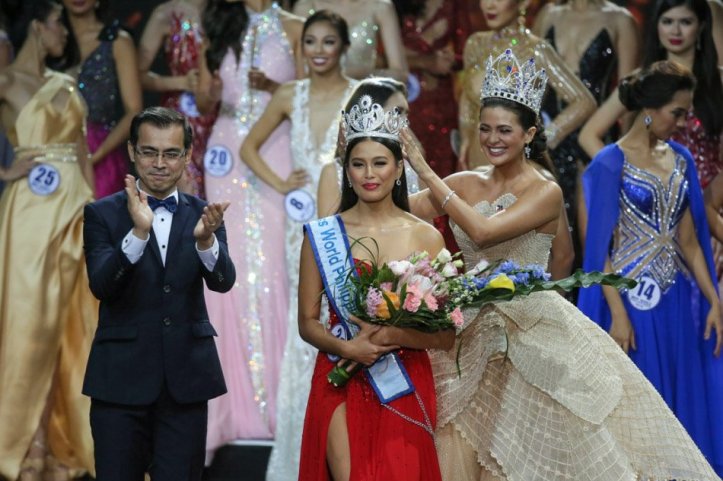 Perhaps the qualities of a beauty queen can be considered a hereditary trait. That might somehow explain why model, athlete and actress Michelle Dee has also taken the same path as that of her nationally illustrious mother Melanie Marquez, winner of Miss International 1979 who became a major celebrity and celebrated coach for image enhancement and personality development. Granted, Dee is choosing a different major international pageant to compete in, Miss World 2019 this December. But first she had to win the crown for the selection competition of Miss World Philippines this past Sunday. Long story short, she was victorious.

CNN Philippines reports that Michelle Marquez Dee was triumphant at the 8th Miss World Philippines beauty pageant, held at the Smart Araneta Coliseum on the evening of September 15. By claiming the crown of Miss World Philippines for 2019, not only does she get to represent the country for the main Miss World Pageant proper in the UK, she has also honored the success record of her family in this line of competition. Aside from her legendary mother, Dee’s cousin Wynwyn Marquez also brought accolades back to the Philippines when she won the Reina Hispanoamericana beauty pageant back in 2017.

But the 23-year-old new titleholder also emphasizes being her own person who prefers to stand outside her mother’s shadow. Not for nothing that she professionally uses the family name of her father, former actor Derek Dee, and that she never mentions being a Marquez on her maternal side unless asked. Besides, Dee has made her own claims to fame ever since first appearing as a model for Bench in 2016. She then expanded her horizons into motocross, and finally acting; Michelle has appeared on GMA7 TV productions. She is also a photographer, supporter for LGBT rights, and an advocate for the welfare of special children, having two siblings as such.

Michelle Dee finished in first place, and thus received the Miss World Philippines crown, from a field of 40 hopefuls across the country. But she is not the only lucky soul. Following behind her are the minor titleholders who will represent Filipinos worldwide in other pageants. Former GirlTrends member Kelley Day will go to Miss Eco International in 2020. Katrina Llegado is the Philippine bet for Reina Hispanoamericana later this year. Miss Isabelle De Leon is for Miss Multinational, Glyssa Perez for Miss Tourism, and Vanessa Mae Walters will represent for Miss Eco Teen International.

The 69th Miss World beauty pageant will be held at the ExCeL London international exhibition and convention center in the UK this coming December 14. Should Dee win, she will be the second Miss World from the Philippines after Megan Young, who won in 2013.