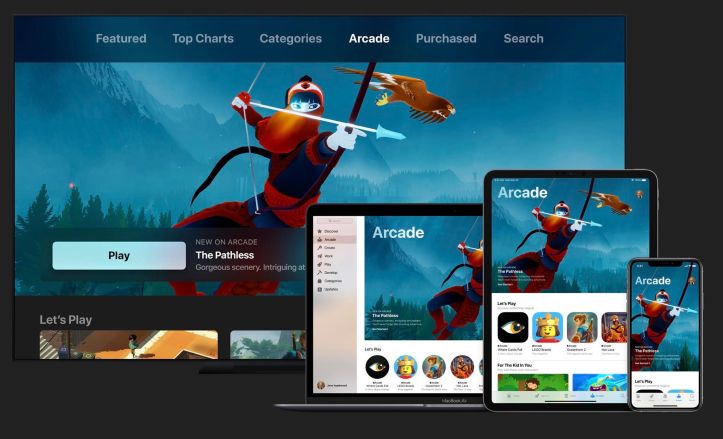 One major element in the historical evolution of electronic videogames is portability. These games had their start with bulky arcade machines set up in commercial venues, then transitioned to home consoles, from which sprang handheld game systems which in turn partly inspired mobile gaming (going from simple preinstalled games in cellphones to more complex apps with the coming of smartphones). In the race to push the boundaries further, Apple has come up with a novel new experience blending mobile gaming with a massive online service that could be utilized universally across all Apple platforms. This is Apple Arcade, and apparently the tech giant has released it ahead of its launch.

As The Verge puts it, the Apple Arcade videogame online subscription service is now live and active days ahead of its official launching date of September 19. At least it is ready for subscription and play for those Apple users who are part of the beta program for the company’s latest mobile operating system version, iOS 13. The MOS was first unveiled in June and, aside for the beta participants, will debut alongside Apple Arcade on the 19th. The arcade system is accessible via basic iOS, iPadOS, tvOS and macOS.

There are several hot selling points for the Apple Arcade service. For one thing, the prospect of absolutely no advertising or in-game purchases for the titles on the platform is a major leg up on the conventional mobile gaming scene. The second point is that an Apple user with an iCloud account could, for example, subscribe to the service on his iOS 13-updated iPhone, save his progress there, and then go to his MacBook and continue the game there where he left off. Apple is offering no less than 50 individual titles to its Arcade library, and like Netflix the platform has a free one month trial before billing begins.

What about the early opening of Apple Arcade? Was it an accident, a treat for the iOS 13 beta program testers, or a generous deliberate treat from Apple Inc.? On Monday, September 16, Apple issued a press release even as iOS users were already subscribing to the early-bird Arcade service and playing their pick of available games. Interestingly, the press release maintains the official release date of September 19, or this Thursday, although the new was shared on Twitter by Apple executive Phil Schiller. It was likely on purpose then.

Apple Arcade should already be part of the App Store in a separate tab. If the service is already live in a prospective subscriber’s area, then the “Coming Soon” message on the Arcade tab should read as “Try It Free.”