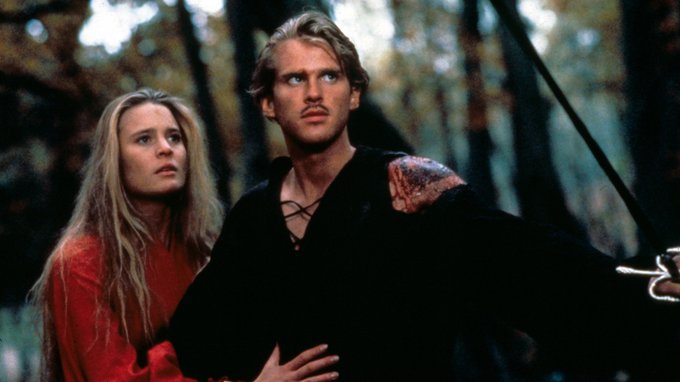 The 1987 film from 20th Century Fox, based on the screenwriter’s own 1973 fantasy novel, may have had an average box office run despite good critic reviews. But in the decades that followed “The Princess Bride” became a cult classic and fountain of internet memes, regarded highly by fans and already preserved in the National Film Registry. So when a Sony Pictures executive interviewed for a profile on the movie’s producer dropped hints at a possible “Princess Bride” remake, the original cast and the internet went off on a meme and catchphrase-laden online campaign, only mollified later when it was revealed the remake prospects were just talk and not concrete.

It began this week with an article in Variety concerning the career of Norman Lear, producer of the “Princess Bride” film. One of those who spoke of Lear’s work in the industry had been Tony Vinciquerra, CEO of Sony Pictures Entertainment which has ownership of the 97-year-old film veteran’s production catalog, including “The Princess Bride.” Vinciquerra mentioned the existence of “famous names” he would not divulged, who have approached Sony to propose a remake of the film. When this part came out to the internet, the reaction was like fireworks.

CNet then reports that immediately comments to the article decried the possibility of a “Princess Bride” redone with modern cinematic processes and techniques, paraphrasing many quotable catchphrases from the film. “Inconceivable!” they exclaimed. Social media was abuzz with notions that if ever the identities of the remake-interested parties mentioned by the Sony exec were known, they would blitz their social media accounts with the duel challenge/death threat of the vengeful swordsman Inigo Montoya.

There’s a shortage of perfect movies in this world. It would be a pity to damage this one. https://t.co/5N8Q3P2e5G

Even British actor Cary Elwes, who portrayed male lead Westley/Dread Pirate Roberts in the movie, expressed his dismay at the reboot speculation by quoting a famous line from his own character. In the same vein, actress Jamie Lee Curtis, who is married to Christopher Guest who portrayed the murderer of Inigo Montoya’s father, chimed in that the only real versions of “The Princess Bride” are William Goldman’s book and the film, in which Goldman wrote the screenplay.

Twitter: everyone is my enemy, we will never have peace!
Hollywood: I think we should remake The Princess Bride
Twitter: TONIGHT WE RIDE AS ONE

But if there is any justice in the world for dedicated anti-remake fans of “The Princess Bride” then it came on Wednesday, September 18 according to USA Today. They received a follow-up statement from an anonymous source familiar with the Sony discussions but under non-disclosure. Said insider noted that while Sony did entertain talks from these famous names, they are not in any way working to remake “Princess Bride” soon. Perhaps that will suffice to make the not-so-positive excitement die down, but one never knows.