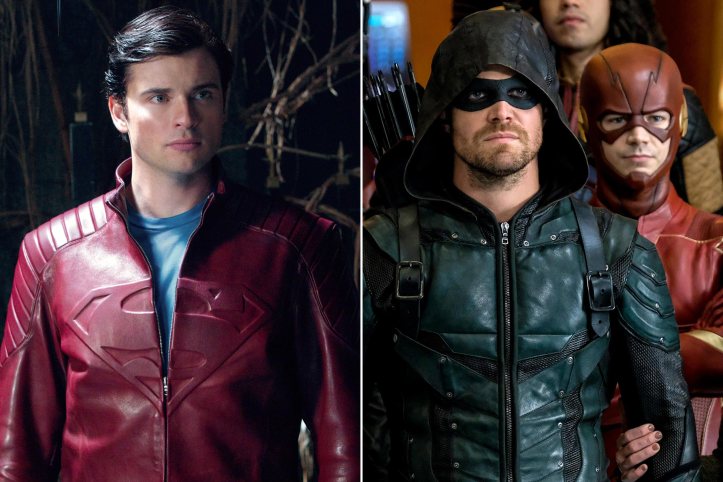 As DC Comics rolled with the world into the 1980s their top creative teams decided that it was time to pare down the label’s numerous alternate versions of characters in similar yet different settings – the multiverse concept – and establish a single uniform universal timeline. This was the “Crisis on Infinite Earths” limited series of 85-85, which featured some incredible alternates of the same iconic characters.

This storyline is what The CW is trying to replicate, on a more grounded scale, with their “Arrow-verse” shows. Thus far, they have stars from sources as diverse as the campy 1966 “Batman” series and the middling 2006 “homage sequel” “Superman Returns.” But last weekend the network scored a jackpot.

Comic Book Resources tells us that The CW has scored on no less than the star of The WB/The CW’s hit 2001-11 series “Smallville” to be part of their “Crisis on Infinite Earths” crossover event across their current series comprising the ”Arrow-verse.” Tom Welling, who has charmed audiences worldwide as pre-Superman Clark Kent for 217 episodes of his series, will reprise the same role according to “Arrow” executive producer Marc Guggenheim. In a statement last Thursday, September 19, Guggenheim echoed the sentiments of fans of The CW’s DC-superhero shows, regarding the lasting influence of “Smallville.”

“For eight years, Arrow has stood on the shoulders of ‘Smallville,’” notes Guggenheim adding, “Simply put, there would be no ‘Arrow’, and no ‘Arrow-verse,’ without it.” It thus became “first, second and third priority” for the Arrow-verse creative team to bring back Tom Welling as Clark Kent, now about 10 years older from the “Smallville” series finale that aired 2011. And he will not be alone; Erica Durance will also return as Lois Lane, whom Clark was implied to have married shortly after the finale. It was not difficult considering she was part of The CW’s “Supergirl” as Alura Zor-El.

That connection to “Arrow-verse” productions might also explain the ease of getting “Superman Returns” lead Brandon Routh on board as another Superman (ostensibly the “Kingdom Come” comic miniseries version). Routh is already Ray Palmer/The Atom on “Legends of Tomorrow.” But the casting coups The CW has been landing for “Crisis” has been mind-blowing, from Burt Ward reprising (aged) Robin from the 1966 campy “Batman” show, to Kevin Conroy finally getting to act Batman in live-action after decades of just voicing him in animation. This 2019 “Arrow-verse” crossover is definitely shaping up to be incredibly epic.

The “Crisis on Infinite Earths” event for the “Arrow-verse” will begin on “Supergirl” season 5 episode 9, with sequential parts continuing on “Batwoman” season 1, “The Flash” season 6, “Arrow” season 8 episode 8, and conclude on “Legends of Tomorrow” season 5’s premiere in 2020.