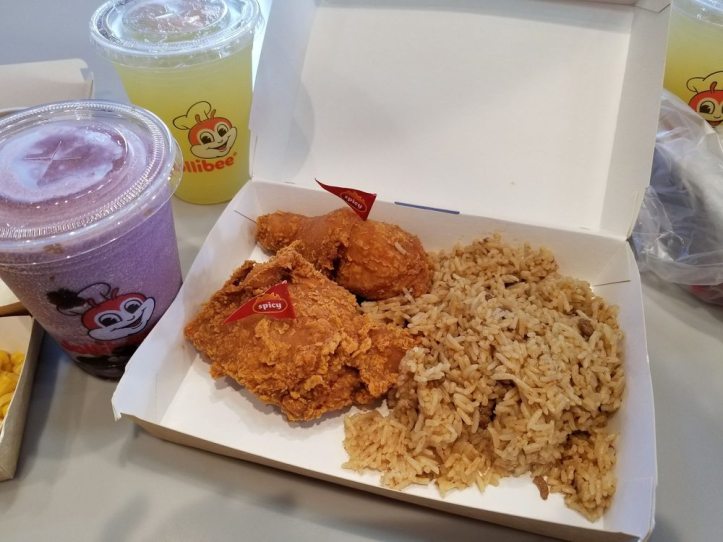 Anyone who has browsed through YouTube will sooner or later run into those video reviews of Westerners who have gotten to try one of the Philippines’ biggest gastronomic exports: Jollibee. For all of those Americans and other foreigners documenting their reactions to Chickenjoy, Jolly Spaghetti, Halo-Halo and more, the prevailing opinion is that it all tastes good, and that explains both how Jollibee has staved off McDonald’s and KFC on Filipino turf, but also how the chain’s over 3,000 overseas branches have established themselves as new favorites. And in the word of Jollibee’s CEO, things are just getting more delicious with a new menu addition.

ABS-CBN News has it that Jollibee Foods is mulling over what other elements of Filipino cuisine they might introduce to their fast-food restaurants outside the Philippines. This was revealed by the company’s CEO Ernesto Tanmantiong during an address at the Anvil Business Club forum in Pasig City this Friday, October 11. One of the hottest choices for introduction has been adobo rice, or steamed rice blended with sauce from the iconic Filipino marinated pork/chicken dish. To test how well this new item, a rice upgrade, will fare mainland stateside, it is being tested at the Jollibee branch in Manhattan, NY.

“We’re actually introducing adobo rice in Jollibee stores outside the Philippines,” says Tanmantiong. “We have done that in Manhattan and it also goes well with chicken joy. And we started to notice that even non-Filipinos love it.” Adobo rice had already been tried in Jollibee at Honolulu, Hawaii since last year. This is the first serious push for the fare in the 48-State mainland, starting with the Manhattan branch with opened in 2018. The Jollibee CEO is considering the prospect of adobo rice eventually becoming as synonymous with the Jollibee eating experience as with Chickenjoy, Halo-Halo and Peach Mango Pie.

“So there might be a chance,” Ernesto Tanmantiong says of the likelihood of wider acceptance for adobo rice, which is also planned to be introduced in other stores eventually. This all plays into the new direction of Jollibee Foods; no longer content with keeping foreign fast-food chains from dominating the Philippine market, and taking this unique dining experience to countries with overseas Filipino communities, now the chain is gearing to join the world’s top 5 largest restaurant operators. And the key to realizing that dream, according to the Jollibee CEO, is to offer great-tasting food to inspire overseas calls to expand their operational branches further.