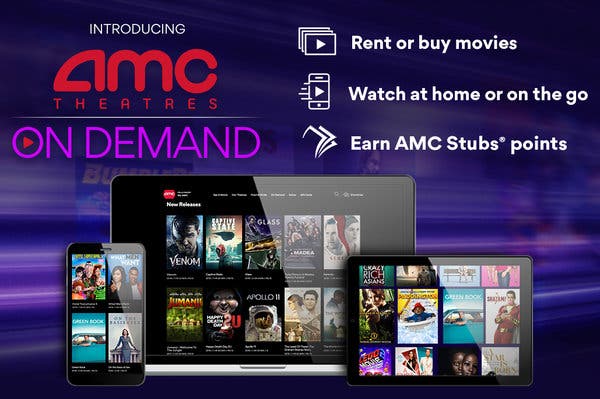 It seems every company dealing in media that could afford to do it, are now entering the digital domain and the expanding arena of online content-on-demand platforms. And sometimes the names of the businesses that are doing so can make people double-take. One major example recently is AMC Theatres, the multinational movie theater chain and arguably the biggest in the world. Many a moviegoer has gone to their cinemas to catch the newest and latest big-screen blockbusters. At first blush one might think AMC is too far from actually having business opening a digital service. But they are planning to.

The Verge tells us that AMC is getting ready to open its own spin on digital content. Rather than the direct to consumer model that the soon-to-launch Disney+ platform is going to have, this will be more on-demand similar to Amazon Prime Video or, much older, Apple iTunes Store. That much is reflected in the planned service’s name, AMC Theaters on Demand, and it is actually starting operations on Tuesday, October 15. Customers on AMC-TOD will be able to rent or by films that have shown in their real-world theaters, with an initial library of 2,000 films to be offered.

For even better news, Theaters on Demand might be picking up on the new licensed content that Netflix has been seeing whittled down in its own platform. Several big-name film studios are entering partnerships with AMC to either sell or rent their latest and more recent box-office entries. New movies will start joining the TOD library as soon as their original cinema run on AMC and theaters in general comes to an end. Renting a movie on demand from AMC’s new service will cost $3 to $5.99 depending on how recent they are; the same goes for digital sales of films, ranging $9.99 to $19.99.

As for which studios are on board with having their new cinema stuff on AMC Theaters on Demand, they only include Warner Bros., Universal Pictures, Paramount, Sony and – drumroll – Disney, which will have plenty of fairly recent movies to share on the platform before they get store on Disney+ as exclusives. AMC hopes that the new TOD service will help to further boost actual attendance on their cinema chain from moviegoers, seeing as they plan to offer free digital versions of films to customers on their AMC Stubs membership program.

For instance, AMC plans to dazzle the 6 million-plus customers who watched the “Lion King” live-action Disney remake on their theaters, by now offering the same in digital format via Theaters on Demand. The general digital availability of the film also happens to be October 15, making for great synergy.