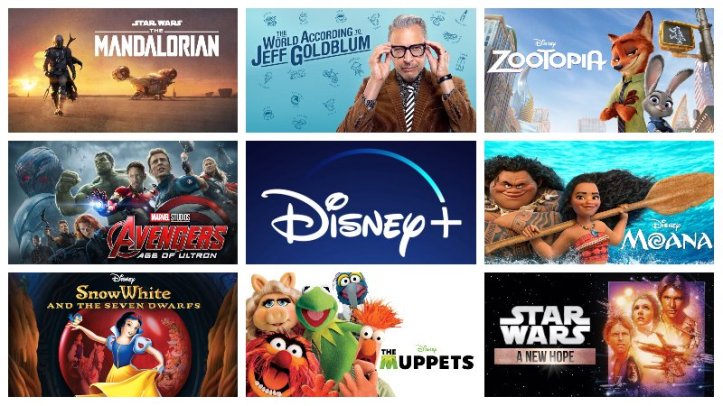 The clock is ticking, and there is less than a month left before Disney launches it online brainchild, the end result of dialing back content from general digital streaming platforms and making their own exclusive service. Disney+, one of many such exclusive platforms that have sprung up in the wake of mass content withdrawals from “common-ground” services like Netflix and Hulu, stands to become one of the biggest of the bunch, thanks to its massive library of films and shows, not just bearing the Disney label, but also from its major subsidiaries. And with the opening so near, the House of Mouse has decided to show off its true potential.

People.com has it that Disney just ratcheted up its promotion for all the streaming media content that may be had on Disney+ service that will be launching this November. On Twitter, they have blitzed their official page with title screenshots of almost every film, every TV series and even every documentary they will have on initial offer, all coming from the variety of sources under the massive Disney production umbrella. There are Disney Pictures, Disney TV Animation, Lucasfilm (and Animation), Marvel Studios and National Geographic, just to name a few.

It. Is. Time. From Snow White and the Seven Dwarfs to The Mandalorian, check out basically everything coming to #DisneyPlus in the U.S. on November 12.

And if that was not enough hype, then Disney has put together a nice montage of footage from the media in question, resulting in a nice lengthy promotional video on their official YouTube page. In a roughly chronological order it shows key scenes from every debuting Disney and associated content in the massive Disney+ streaming library. The video runs over 3 hours to showcase literally over a hundred films and shows, with some very pleasant surprises in store for the Disney media connoisseur. The seminal 1990s animated series “Gargoyles” was already a big draw, but Disney has only just begun.

For instance, in the Marvel corner of Disney+ content, alongside the expected Marvel Cinematic Universe films from Marvel Studios and the recent cartoon series from Marvel Animation, there is also the epic inclusion of past shows featuring the X-Men, the long wayward Marvel property whose film rights belonged to 20th Century Fox until it was acquired by Disney. Now, longtime X-Men fans can take a trip to premium nostalgia with unforgettable shows like the 1992 “X-Men” series, the 2000 series “X-Men Evolution,” and the one-season wonder “Wolverine and the X-Men” from 2009. With a new storyline re-launch for the X-Men lineup in Marvel Comics, this was pure gravy for fans.

Enumerating the exact media in store for debut consumers of Disney+ will take up too much time, so suffice to say that almost all of them will be immediately available for streaming with the official launch of Disney+ this November 12, although the exact content offered might vary between territories.