MRT-3 Getting First DALIAN TRAINS from 2015 this TUESDAY NIGHT 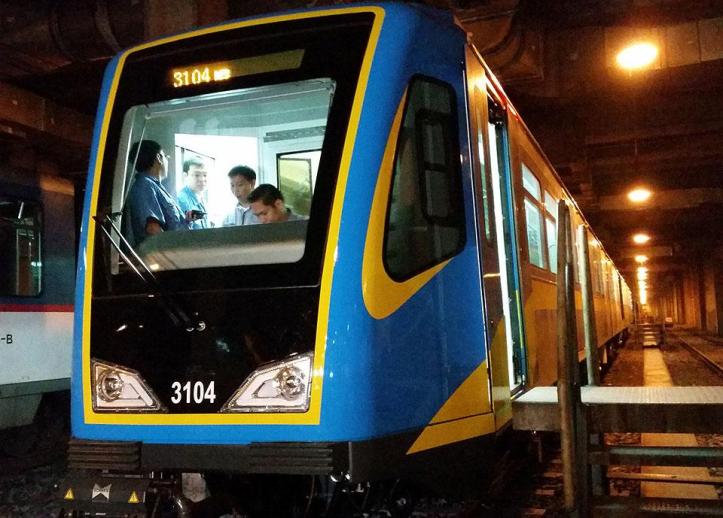 While residents of Metro Manila, despite grousing, are used to it by now, the National Capital Region’s public mass transport infrastructure has been famous – or infamous – to the rest of the country due to their tendency to epically break down. It can be something like an MRT train door opening during transit, or a breakdown between stations, or a fire breaking out and leaving an LRT line out of commission for a long time. But the Department of Transportation does exert its utmost to fix these problems, and upgrade when possible. Metro Railway Transit Line 3 is getting new trains this very night, after all.

CNN Philippines reports that new train coaches are being added to the MRT-3 line by the Department of Tourism as of the evening of Tuesday, October 15. The trains in question were provided for Metro Railway Transit by CRRC Dalian from China, with three coaches each with a combined passenger capacity of 1,050 people in a single trip. Being spanking new, these trains will only be made available for passenger use at night, during the off-peak hours from 8:30 PM to 10:30 PM. That will serve as the Dalian trains’ trial period until next month.

This development might perhaps be greeted with a collective “It’s about time.” There are actually a total of 48 trains purchased by the government from CRRC Dalian back in 2015. Their implementation proved difficult and nearly impossible due to discovered incompatibility issues between the trains and the rail system of the MRT network. With the introduction of the first coaches from the batch finally happening this week, it appears the problems have been ironed out. This is thanks to the DOTr’s partnership with Japan’s Sumitomo Corp. and Mitsubishi Heavy Industries, the latter via its local subsidiary TES Philippines. They will replace the tracks to finally make other Dalian trains go.

With assistance from the Suminto-MHI-TESP tandem, the Department of Transportation looks to increase operating MRT trains, currently at 15, to 20 for more rides available. They are also looking to double the current 30 km/h speed to 60 km/h, and reduce waiting time between arrival and departure to 3.5 minutes. The trial period for the Dalian trains lasts until November.