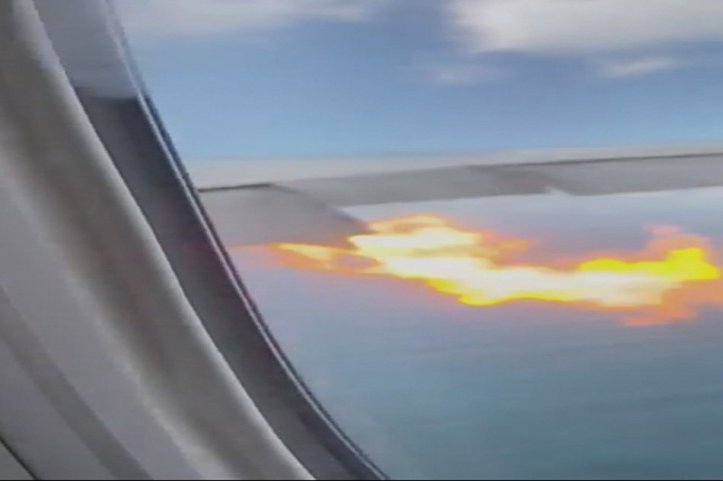 Two versions of Superman on film have noted that flying is the safest form of travel, ironically after saving people from a crashing aircraft or other. And arguably that pronouncement is true; statisticians have noted that one is more likely to be hit by lightning than be involved in an airplane crash, though the latter is more heavily covered by the media when they occur, making them seem more common. And for people who actually get caught up in them, statistics mean nothing. The passengers of a recently troubled Philippine Airlines flight might agree. Thankfully their story ended quite positively.

CNN Philippines reports that Philippine Airlines (PAL) Flight PR113, bound for Manila from Los Angeles this Friday, November 22 (Philippine time), experienced a technical problem with one of its engines and was forced to return to its point of origin at Los Angeles International Airport (LAX). To be precise, its right-wing engine started spewing out smoke and flames a short while after takeoff. Thankfully that meant Flight PR113 has barely gotten far from LAX, allowing it to perform an emergency landing after the airport was alerted of the dangerous situation.

An official statement from PAL reveals that the incident at Flight PR113 occurred two minutes after the Boeing 777 airliner’s departure from LAX at 11:45 AM LA time Thursday (or 3:45 AM Friday). “There was a problem at engine 2 which resulted in a release of flames,” said PAL spokesperson Cielo Villaluna. Despite the alarm it caused however, the pilots and flight crew, 18 persons in all, kept control of the situation and performed the emergency landing without incident. The 347 passengers then allegedly applauded when the aircraft touched down at around 12 noon local time, as reported by PR113 Captain Tristan Simeon. Even better, the engine fire was actually extinguished completely by that time.

Following the harrowing experience, no injuries among the passengers and crew were reported, and the former have been quickly accommodated in rebooking their flights back to Manila. One of these lucky people, Geri Camahort Lamata, was able to record footage of the engine fire seen from her window seat view and shared it on her Facebook page. PAL meanwhile will be grounding the 777 that flew PR113 for three days pending an investigation, although they are treating what happened as an isolated incident.

The manufacturer Boeing (aircraft) and General Electric (engine) have yet to issue their own statements on this. It should be recalled that the aircraft-building giant is still in hot water with its 737 airliners which have featured in accidents.