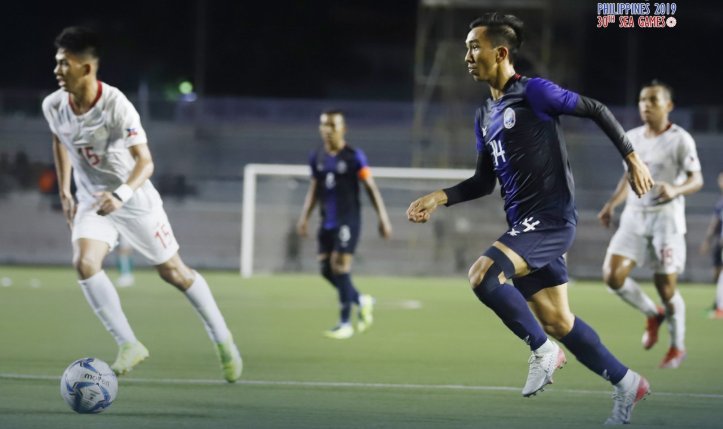 As already stated in our past updates on the 2019 Southeast Asian Games, while the opening ceremony of the multi-sport regional competition hosted by the Philippines this year will not be until Saturday, several sports events have already started playing their games earlier this week. Among the events that did kick off ahead of the official opening is football/soccer, and that means the Philippine Men’s National Football Team, better known as the Azkals, are already in action. The football squad, partly credited for the resurgence of confidence in Philippine national sports teams since 2010, begins its SEA Games campaign by fighting their opponent to draw.

With the first football games of the 30th SEA Games beginning on Monday, November 25, the Philippine Azkals national football team had its first match against Cambodia according to ABS-CBN News. The game was played in Manila, at the Rizal Memorial Football Stadium. While the Azkals, primarily under-22 players with some longtime veterans in their ranks, played with great intensity, the Cambodians managed to give back as good as they got. The result was a 1-1 draw that had the Filipinos chasing the opposing team’s first-blood goal, to keep their first encounter from ending sourly.

While Stephan Schrock and Amani Aguinaldo, two steadfast Azkals regulars from past glory days, were on the job, the Filipinos had trouble keeping ball possession from the Cambodians in the first minutes of the match. Come minute 41, the home crowd was stunned when Cambodia’s Keo Sokpheng sent the ball past Azkal goalie Anthony Pinthus’ guard. Spurred by their first point, the other team put up a determined defense for the rest of the first period even as the host team attacked their goal relentlessly.

When the second half started, the Azkals were getting desperate to either tie or pass the score. Thankfully, injury time was called after the lapse of regulation, and here Dennis Chung managed to sink his equalizer for the game at the Cambodian net, on 90+2 minutes of the game. It was the first goal for the Azkals with the Filipino-Chinese Chung, age 18, seeing as his game time towards the end was only 5 minutes on the pitch. “I’m always thinking my way because I’m not giving a s*** about everything,” remarks Chung after thanking the Filipino crowd and his teammates. “I’m just playing my game.” Aside from Philippines-Cambodia, other matches played Monday include Malaysia-Myanmar (1-1) for Group A, and Vietnam-Brunei (6-0) for Group B.