MATT DAMON, Star of “THE BOURNE IDENTITY,” Spotted in TAGAYTAY 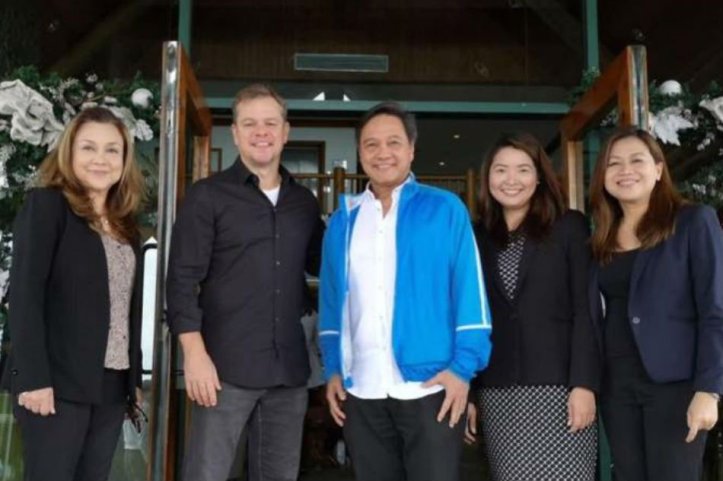 There are not a lot of Hollywood actors who could be known for a multitude of contrasting character castings throughout their career. Matt Damon is one such example. Miramax’s “Good Will Hunting” in 1997 showcased Damon as a young adult in the mold of a heartthrob. Then came 1998’s “Saving Private Ryan” and 2002’s “The Bourne Identity” from Universal, followed by several sequels, which cemented the actor as an action star. More recently, Damon portrayed car designer Carroll Shelby for “Ford v Ferrari” from 20th Century Fox, which premiered this year. He is definitely a Hollywood heavyweight nowadays, which is why his unannounced jaunt in the Philippines this week came across as a local surprise.

The Manila Bulletin reports that superstar actor Matt Damon of the “Bourne” film series fame has been spotted in the Philippines since earlier this week. Food writer Cheryl Tiu posted on her Twitter page just this Monday, December 2, that she and her father had the singular pleasure of meeting with Damon at the Tagaytay Highlands mountain resort in Tagaytay, Cavite. On her comment accompanying a group picture she had taken with her father and the portrayer of Jason Bourne, Tiu noted that Matt had flown in from the US to Manila, and headed straight to Tagaytay where he spent two nights at the Highlands.

My Dad and his team with actor Matt Damon at Tagaytay Highlands. He flew in to Manila then straight to Highlands where he spent 2 nights. @TagytyHighlands #TagaytayHighlands #Philippines pic.twitter.com/KvFlFXMoT2

Whatever reason Matt Damon might have had to go to the Philippines for a few days this week, either he did not share them with Tiu or she has chosen not to disclose it on social media. Speculation on his local activity by other media range from a simple vacation to a potential scouting of filming locations. It should be recalled that some scenes “The Bourne Legacy” was filmed in Manila back in 2012, which was an important location for the movie’s plot. Unfortunately, Damon did not star on this spinoff of this establishing franchise (it had been Jeremy Renner). Regardless of his reasons, one can only hope that Mister Bourne enjoyed his time here.