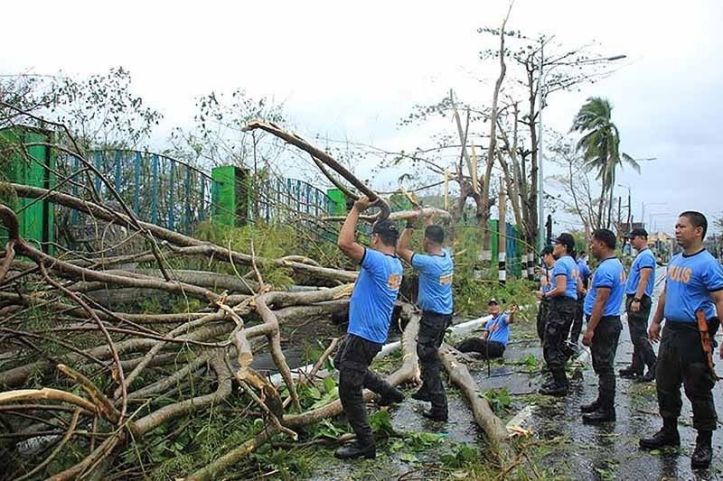 The holiday season in the Philippines, like many things in the world, has some good and bad points going for it. On the positive, the Christmas spirit is always felt in this time of year, thanks to the country’s reputation of having the longest duration of Yuletide celebration. One negative thing about the end of the year in the Philippines is the tendency to have the weather unleashing one or two more storms or typhoons just when people are preparing to rejoice. This week, Typhoon Tisoy blitzed through the southern part of Luzon and northern part of the Visayas, causing the expected damage and casualties.

According to ABS-CBN News, by the time Typhoon Tisoy (international name Kammuri) has gone all the way through to the West Philippine Sea, it has left some P811 million worth in damage to various agricultural produce, while leaving anywhere from 9 to 13 people dead, plus 19 injured. The data was shared on the late afternoon of Wednesday, December 4, by the National Disaster Risk Reduction and Management Council (NDRRMC). They gave the figure of 9 fatalities, one each in Leyte, Quezon, Batangas and Marinduque along with five in Oriental Mindoro. The Philippine National Police (PNP) however adds five more dead in the Bicol Region.

Of the estimated P811 million in agricultural damages, the NDRRMC calculates that the lion’s share was suffered by Region V – Bicol, for the fact that it made two different landfalls there alone last Tuesday, December 3. P655 million in crops were reported ruined, while the rest of the losses were in neighboring Mimaropa, particularly in Oriental Mindoro which was the site of Tisoy’s fourth landfall on its destructive journey across the country. The NDRRMC also record property damage to the tune of 112 residential houses and 27 schools along the path of the typhoon’s passage.

Being the 20th tropical storm or typhoon to enter the Philippine Area of Responsibility (PAR) for 2019, Tisoy also proved to be the strongest of the batch for this year. Some 500,000 people from the areas the typhoon visited were evacuated out of the reach of potential landslides, flooding and storm surges. The number of canceled international and domestic flights was enough to strand around 3,330 air travelers. Even the 2019 SEA Games was inconvenienced with several outdoor events postponed. But the real holiday downer is the fact that four Bicol Provinces – Albay, Camarines Sur and Sorsogon – plus Samar’s Calbayog City, had to be put under a state of calamity.

If it is any comfort, at least now Tisoy, weakened into a storm by its passing through the Philippines, is now on the verge of leaving the PAR this morning.

Image from The Philippine Star