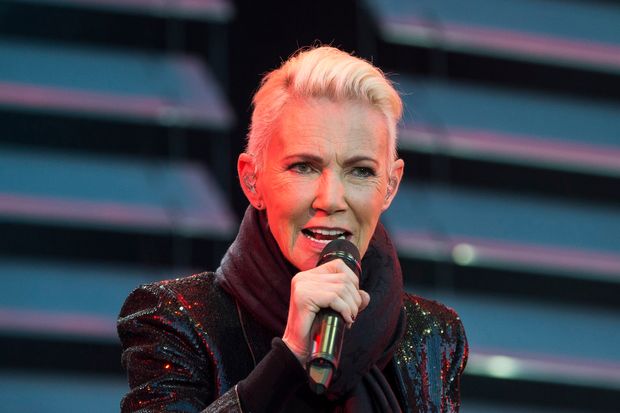 It is not often when two solo artists hailing from different performing groups could form a partnership that would make memorable music for many years. But that is exactly how Swedish singers Per Gessle and Marie Fredriksson, veteran Swedish solo singers hailing from separate bands, would come together to form the pop rock duo called Roxette. Their international breakout in the late 1980s would deliver such memorable English-language tunes as “The Look,” “Listen to Your Heart” and “It Must Have Been Love” from Disney-Touchstone’s 1990 rom-com “Pretty Woman.” Roxette would continue to tour and record new material through the 2000s-10s despite Fredriksson’s growing health problems, but it is over now.

CNN reports that on Monday, December 9, Roxette vocalist Marie Fredriksson passed away at the age of 61 years old. Her management company confirmed her death of cancer, which occurred some 17 years after she was initially diagnosed with a brain tumor in 2002. In an official statement, Dimberg Jernberg Management memorialized the departed singer saying, “Marie leaves us a grand musical legacy. Her amazing voice — both strong and sensitive — and her magical live performances will be remembered by all of us who was lucky enough to witness them.”

Fredriksson’s Roxette partner Per Gessle also gave a remembrance to his longtime collaborator, whom he described as an “outstanding musician, a master of the voice, an amazing performer.” Gessle added that he had known Marie and been close friends with her for over four decades, adding, “I’m proud, honored and happy to have been able to share so much of your time, talent, warmth, generosity and sense of humor…Things will never be the same.”

Following her brain tumor diagnosis over a decade ago, Marie Fredriksson embarked on an intensive treatment regimen for several years, ultimately enabling her to reunite with Per Gessle and tour once more as Roxette in 2009. Three more studio albums would be produced by the duo within this decade alone, along with concerts to promote them until 2016, when Fredriksson’s physicians once more called on her to stop touring to prioritize her again-worsening health. She at least was able with Gessle to finish work on their last album “Good Karma,” released in 2016. They made plans to record new music afterwards, only for Marie’s condition to worsen. Shortly after her death was announced, the YouTube video for “It Must Have Been Love” suddenly spiked in views to over 530 million.