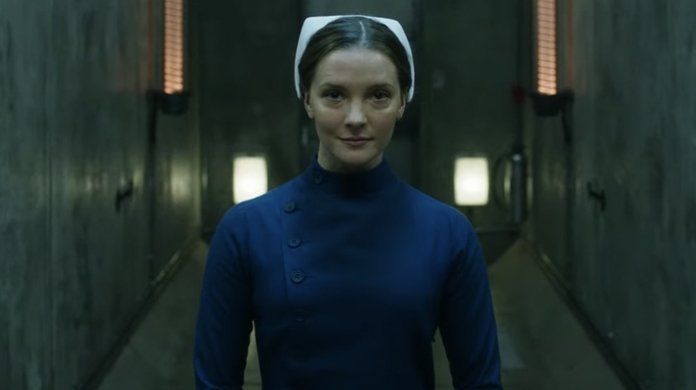 Before “Game of Thrones,” in the early 2000s, general fans of medieval fantasy were perhaps more attuned to “The Lord of the Rings,” particularly because of the massive film trilogy epic directed by Peter Jackson for New Line Cinema. While the follow-up prequel trilogy based on “The Hobbit” that premiered in the early 2010s was less critically-favored in comparison, the overall franchise succeeded in expanding the fandom for the fantasy works of J.R.R. Tolkien. They would be the target of a spinoff TV series called “Lord of the Rings” for Amazon streaming. And while production has not yet started, another cast member has been revealed.

Variety tells us that Amazon may have tapped Welsh actress Morfyyd Clark to join the cast of their planned “Lord of the Rings” streaming series. She will join already-announced names such as Markella Kavenagh (“Picnic at Hanging Rock”), Maxim Baldry (“Rome”) and Joseph Mawle (“Game of Thrones”) in a production that is said to adapt certain adventures on Middle-Earth that occur before the events of both “The Hobbit” and the “Lord of the Rings” stories. While the rest are playing characters not yet adapted in film, Clark is said to be cast as a young Galadriel, a role originated in the movies by Cate Blanchett.

A co-production between Amazon Studios, New Line Television, HarperCollins and the Tolkien Trust, the “Lord of the Rings” series is said to take place during the Second Age of Middle-Earth (as opposed to the closing Third Age when “The Hobbit” and the actual “Lord of the Rings” written by Tolkien take place). This was the time when the Dark Lord Sauron incognito helped the races of Elves, Dwarves and Men to create the Rings of Power, which he then secretly controlled with the One Ring from Mordor to sow chaos.

This would not be the first rodeo of sorts for Morfyyd Clark when it comes to book adaptations on TV. She already stars as Sister Clara in HBO/BBC One’s ongoing take of Philip Pullman’s “His Dark Materials.” This series is also a co-production with New Line, which originally made a movie of the first “Dark Materials” book “The Golden Compass” in 2007, only to be a critical and box-office flop. Photography of the “Lord of the Rings” series will start in New Zealand next year, but Clark already has other TV and movie appearances in store for 2020, such as BBC’s “Dracula” show and Fox Searchlight’s “The Personal History of David Copperfield” on May, where she costars with Dev Patel.