Last DISGUISES Come Off on “THE MASKED SINGER” S2 FINALE 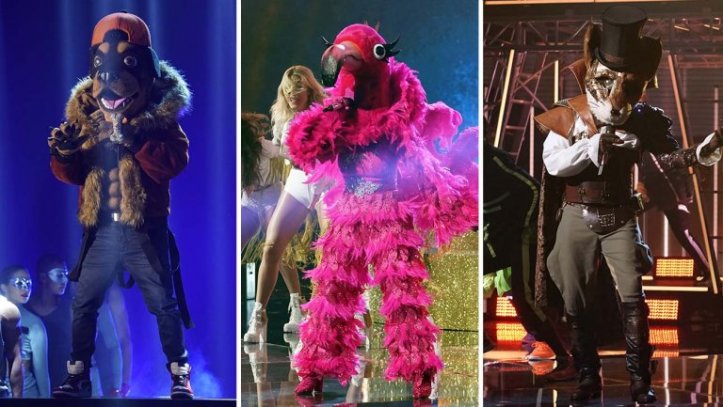 By this point in time, Fox TV is absolutely certain that they have a winning potentially long-running program with “The Masked Singer,” the quirky fun anonymous reality singing competition where a panel and audience make guesses based on hints dropped by contestants, and the losers get unmasked. Season2 of the show has been a total blast since it started in September, but this week the finale played out last Wednesday as the final three fought for prize. Between Flamingo, Fox and Rottweiler, it would be great match and guessing game on whether there were any actual recording artists between them.

As Entertainment Weekly tells us, it turns out there were indeed actual singers left among the finalists for “The Masked Singer.” As for whether one of them actually did win, the way rapper T-Pain triumphed in the inaugural season as “Monster,” the answer would be a surprising no. With identities left uncovered until the end, the usual panel of Robin Thicke, Jenny McCarthy, Nicole Scherzinger and Ken Jeong decided to give it up for Fox, after his final performance of Otis Redding’s “Try a Little Tenderness.” Flamingo’s go at “Proud Mary” by Tina Turner and Sia’s “Alive” from Rottweiler were both good with panelists and audience, but Fox simply dominated.

Flamingo was unmasked first as second runner-up, and the panel had enough of a handle from her clues to correctly out her as singer and former Cheetah Girl Adrienne Bailon (her cheetah-print for the finale was a clincher). Second runner-up Rottweiler was a difficult guess however, with not a panelist getting it right that he was Chris Daughtry, rock star and front-man for his self-named band. With both singers not being named the winner the last one standing, Fox, triumphantly revealed himself as actor Wayne Brady, former Fox game show host himself and part of “How I Met Your Mother.”

Brady’s victory is something of a reassurance that with the element of anonymity, a non-singer celebrity with a good enough voice can carry the day on “The Masked Singer,” seeing as the panel were betting on Fox/Brady winning it all since praising his rendition of “Tennessee Whisky” on Week 8. Perhaps a third season could form a definitive trend on the chances of victory in this show, with “The Masked Singer” returning to Fox next year in February 2020, premiering right after Super Bowl LIV.