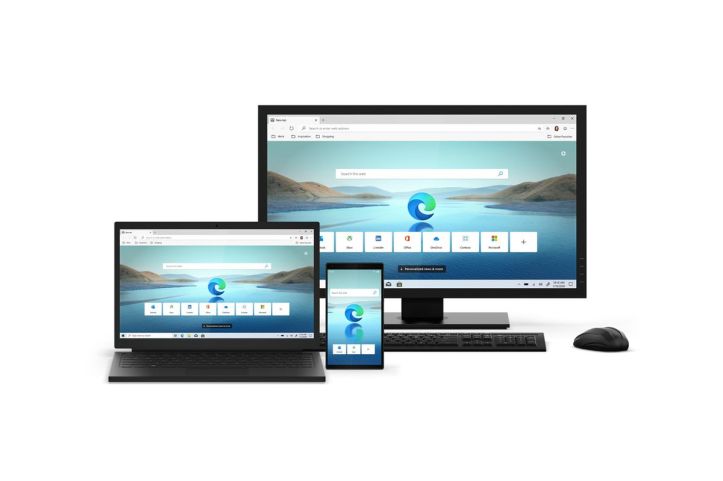 With the release of the re-definitive Windows 10 computer operating system by Microsoft around 2015, there have been quite the number of changes to its signature suite of packaged programs. One of them is the retirement of the ubiquitous Internet Explorer in favor of a new Win-10 introduced browser, Edge. Microsoft Edge is indicative of the aesthetic and systematic changes done between old Windows and Windows 10. But while there have been some neat new features, Win-10 users tended to be ambivalent to Edge preferring other browsers like Google Chrome instead. Microsoft has tried to remedy problems cited in Edge by developing a version based on Chrome’s open-source base Chromium.

And as Tech Crunch reports, that new Microsoft Edge browser based on the Chromium source code was finally released this week on Wednesday, January 15. This marks the culmination of nearly a year’s worth of development work for Microsoft, since it first announced that they will shift Edge’s base to Chromium back in May 2019. The new Chromium-based Edge browser is not only available for Windows (including earlier versions aside from Windows 10) but also for macOS, iOS and Android. It will completely replace the original browser, which uses EdgeHTML.

While Edge and Google Chrome are both based on Chromium open-source, the new Edge browser does lack a number of features that Chrome users are long familiar with. It is true that both browsers will allow syncing of favorites, settings, addresses/contacts, and passwords; however the new Edge cannot sync history and extensions used in Chrome if both browsers are present in a user’s operating system. This means one will have to download Chrome-compatible extensions for their Edge if they want it. Microsoft is promising that a later update of the new Chromium-Edge will allow for syncing of these other features.

The new Edge browser will eventually become available by default in a future wide update for Windows 10. But users can now download it in advance at Microsoft’s official webpage for the new Edge browser. It is downloadable by default for Win-10, although one can select alternatives for Windows 7, 8 and 8.1, macOs, iOS and Android as already mentioned. First-time launch of the new Edge will have users opt for options such as the available sync options of contacts, settings and favorites from Chrome, as well as the style aesthetics on how tabs and personalized ads will be presented.

For the moment, Microsoft is looking at enterprise users looking to use the new Chromium-Edge browser, specifically because of its ability to load websites optimized for older browsers like Internet Explorer. Other perks like anti-tracking capabilities and Netflix 4K support are also welcome for fans.

Image courtesy of The Verge