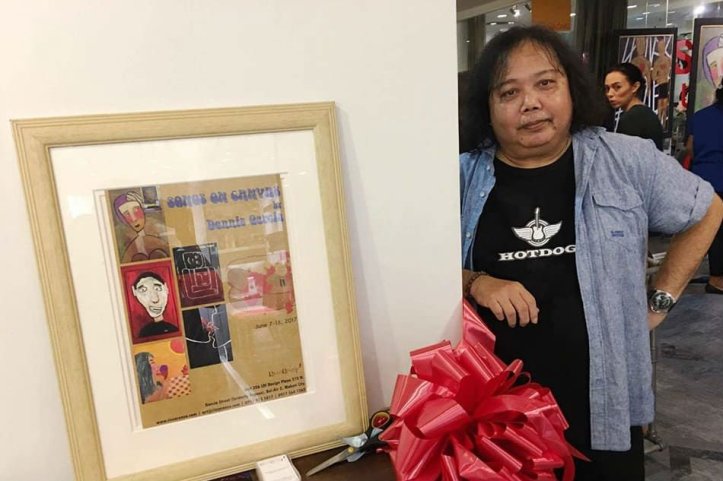 Back in September of 2018, the world of Original Pilipino Music (OPM) mourned the passing of a member of a long-running band that was one of the pioneers of its earlier predecessor genre, the “Manila Sound.” Said band was Hotdog, whose hit songs include “Manila” which was heard at the 2019 Southeast Asian Games opening ceremony late last year. The member who passed away was co-founder and original lead guitarist Rene Garcia, then aged 65. His death was announced to the public by his brother and band-mate Dennis. Tragically, just over a year later Dennis himself has also passed on.

According to The Manila Bulletin, Hotdog bass guitarist Dennis Garcia died on Saturday night, January 18, at the age of 69 years old. His passing came at about one year and close to four months since that of his brother Rene. An announcement was posted on his official Facebook page, updated by Dennis’ youngest daughter Isa Garcia, though she did not elaborate on the cause of her father’s death. “Our grief at his sudden passing is infinite and now so is he,” Isa had written. “Thank you for being with us through this difficult time.”

It has been argued that Hotdog will most likely be the performer and the sound a Filipino might quickly recall if they were to think about locally-recorded popular music from the 1970s. Their hits such as “Bongga Ka ‘Day,” “Ikaw ang Miss Universe ng Buhay Ko,” “Annie Batungbakal” and more, continue to enjoy regular airplay on radio particularly during retro-music hours. The death of two of its original founders is a severe blow to OPM fans and a reminder of the passing of time. Isa followed up the Facebook post with a tweet on her own page with a photo tribute to her father Dennis.

Same same but different. Wish I had your music skills but glad I have your songs. Love you, pops. pic.twitter.com/zPEGYFQO2Q

She also wrote on her Instagram page a lengthier account commenting on the close relationship between her and her dad. “People say that I look like my mom but my heart and my mind, for better and for worse, operate a lot like my dad,” remarked Isa Garcia adding, “I say I can’t change it but perhaps the truth is that I really don’t want to…I want the little things to remind me, for the rest of my life, of the privilege it has been to be Dennis Garcia’s daughter.”

I am writing a book and this is an unedited part of it. I wish my dad got to read it. Hug your papas tight for me. I miss mine so much already. *** My father seems stoic and unemotional but you should see him up on stage. Hand him a bass guitar and suddenly he’s transported back to the 70’s, back to his days of rockstar glory, when music hung in the air like a revolution. My father is soft. His face might betray it but he’s sentimental and sensitive, so deeply connected to the stirrings of the human heart. He can appreciate a good story and any time he finds one, he’ll message me on Facebook just to tell me all about it. People say that I look like my mom but my heart and my mind, for better and for worse, operate a lot like my dad. I say I can’t change it but perhaps the truth is that I really don’t want to. I want the little things to remind me, for the rest of my life, of the privilege it has been to be Dennis Garcia’s daughter.