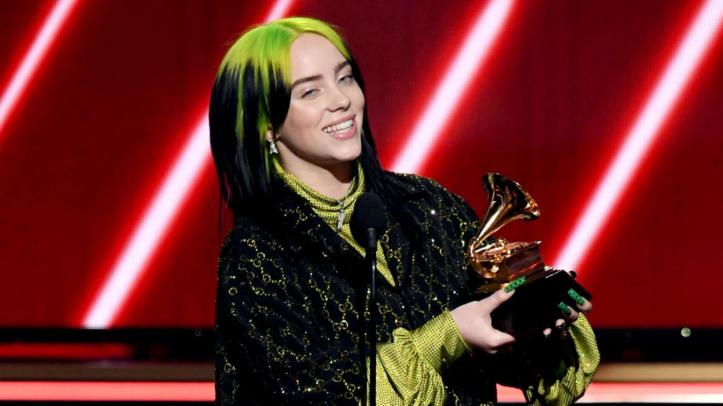 The month of January 2020 is coming to an end, but the season for giving awards in entertainment media is only just getting warmed up. While films and television programming have already gotten their time in the spotlight (and will return to that spotlight later on), this past Sunday was music and the recording industry’s turn to have their best and brightest be recognized and honored. And as expected, it was the time of the biggest names in music especially during 2019 that got the awards. The award ceremony also turned impromptu into a tribute to a fallen sports legend.

As Entertainment Weekly puts it, the 62nd Annual Grammy Awards was the time for breakout American singing idol Billie Eilish to prove definitively that she is award material. Eilish got six nominations, equal to rapper Montero Lamar “Lil Nas X” Hill, and one less than rapper-singer-songwriter Lizzo. Of that, she would win five Grammys including Record of the Year and Song of the Year (“Bad Guy”), Album of the Year and Best Pop Vocal Album (“When We All Fall Asleep, Where Do We Go?”), and Best New Artist, quite naturally.

To compare, Lizzo’s eight Grammy nominations only converted into three award wins; in several of them she got beaten out by Eilish. Not bad for the youngest singer to ever write, record and perform a theme song for the long-running “James Bond” film franchise, this one for “No Time to Die,” the final Bond movie for Daniel Craig premiering this April. Her rising star is evident in how she crowded out Lil Nas X in Grammys, the same way she toppled his Billboard chart-topping reign. Already Eilish is set to embark on her first World Tour, one of her stops being in Manila this coming September at the Mall of Asia Arena from MMI Live.

But before the giving out of awards could kick off at the Grammys, there was a quick integration of tributes for retired NBA superstar Kobe Bryant, who died Sunday, January 26 after his private helicopter crashed in California. Appropriate for giving tribute, the Grammy Awards this year was held at Staples Center, home court of the LA Lakers for which Bryant played for his entire NBA career.

The top tribute was a performance by Boyz II Men and Grammys host Alicia Keys, of “It’s So Hard to Say Goodbye to Yesterday.” Lil Nas, DJ Khaled and Lizzo also added tributes to their own scheduled performances. K-Pop boy band BTS were also among the featured performers.