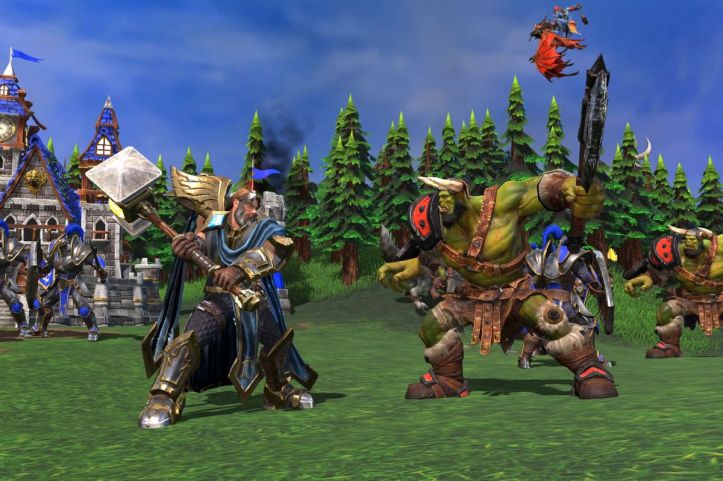 It can be said that the rise of massively multiplayer online role-playing games, as the general public knows them today, to the mainstream of the gaming industry can be tied to specific MMORPG titles released at certain regional markets around the world. For example, Asia got into the MMORPG thing with South Korea’s “Ragnarok Online.” In the US, one title that had the same effect was Blizzard Entertainment’s “World of Warcraft,” which got so popular since its 2004 release that some fans forget that it spun off from Blizzard’s signature real-time strategy game franchise, particularly the third installment from 2002.

Blizzard had taken steps to remind their “World of Warcraft” regulars of the roots of their MMORPG of choice by announcing in 2018 a re-master of “Warcraft III: Reign of Chaos” and its 2003 expansion “The Frozen Throne.” As IGN reports, the titled “Warcraft III: Reforged” is releasing from Blizzard Tuesday, January 28 (afternoon Pacific Time in the US). “Reforged” will combine the two distinct campaigns from the base “Warcraft III” game and “Frozen Throne” into a unified storyline, but with plot tweaks to make it compliant to retroactive continuity from the “World of Warcraft” MMORPG which spawned from the game over a decade ago.

Said storyline will be retold in re-mastered graphics for story cut-scenes and gameplay optimized on current-generation display hardware and the current iteration of Blizzard’s Battle.net online network. The game itself will have rebalanced play elements between the different playable factions for gamers, plus added simple-difficulty levels for newcomers to the franchise. Campaign editors will also appreciate the beefed-up mod capabilities on “Reforged,” the original of which was famous for spawning the RTS spinoff genre “Defense of the Ancients” or “DOTA.”

A press release from Blizzard Entertainment with the release of “Warcraft III: Reforged” so close reveals the system requirements needed to re-experience this classic RTS title (or introduce the roots of the “WOW” franchise to rookies). The game runs on Microsoft Windows 10 64-bit and as early back as Windows 7. Minimum-best hardware include: for processors, Intel Core i3-530 or AMD Athlon Phenom II X4 910; for video, NVIDIA GeForce GTS 450 or AMD Radeon HD 5750. Game storage must be 30GB HD with 4GB RAM.

Mac users need macOS 10.13; at least Intel Core i5 for processor; NVIDIA GeForce 750M or AMD Radeon R9 M290X for video; and 8GB RAM (storage is the same as Windows). Online for both systems must be broadband internet and minimum display resolution is the classic 800×600 resolution. Like its predecessors and MMORPG spinoff, game control is via mouse and keyboard. This is all Blizzard has to offer for classic RTS “Warcraft,” with no plans for a fourth installment due to “WOW” being the cash cow that it is.