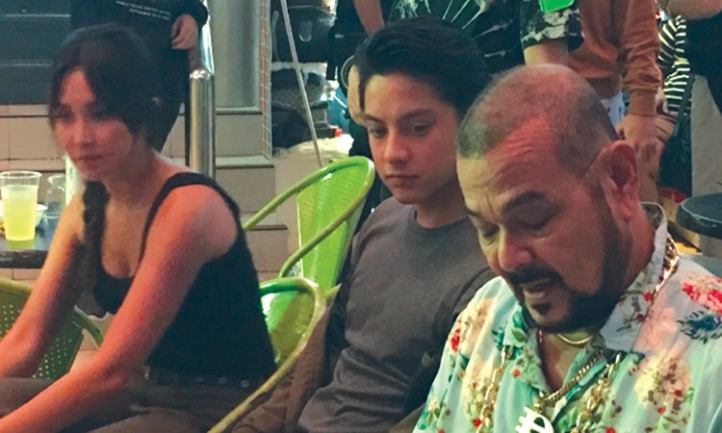 While the KathNiel love team of Kathryn Bernardo and Daniel Padilla remains one of the most recognizable romantic tandems in Philippine showbiz, nowadays the two have not been seen together much in any film or TV production. Their last movie together was “The Hows of Us” from Star Cinema back in 2018, and last year was all but dominated by “Hello, Love, Goodbye” where Kathryn was paired cross-network with Alden Richards. When are the KathNiel fans going to get their fix once more? A series of photos recently taken suggests that the two are already filming their movie comeback, and for an unexpected genre too.

The Manila Bulletin reports that Kathryn Bernardo and Daniel Padilla have been spotted doing what is most likely their comeback project on the big screen. This was seen in photos from kathniel_teamsolid on Instagram, of a location shooting in what appears to be a commercial area. The very interesting thing was that the genre appears not to be another romantic story or even a rom-com, but rather a movie with action sequences. That would explain why in the picture, KathNiel were dressed more ruggedly – Bernardo was wearing a utilitarian black tank top and military-green pants, and a fall-cushion was pictured.

Another clue that this film being shot is an action movie would be the presence of a veteran Filipino action star, Rez Cortez himself. True, Cortez has been prominent in some dramatic supporting roles on both film and television lately, on Viva Films and GMA7 respectively. But old enough fans would remember him primarily as a regular action film bad guy. If all indications are as it is, then this will be something to watch out for, especially as it confirms that while Kathryn said in 2019 that she and Daniel were interested in taking solo projects sometimes that does not mean they would go out of the way not to star in productions together.

Bernardo and Padilla’s tandem comeback is very likely to encompass both cinematic and television. If the above is the movie return of their love team, then the tele-serye comeback on ABS-CBN could be just as exciting. Rumors from 2019 speculated that such a project could shoot its first few episodes abroad, much like LizQuen’s ongoing “Make It With You” which was partly shot in Croatia.