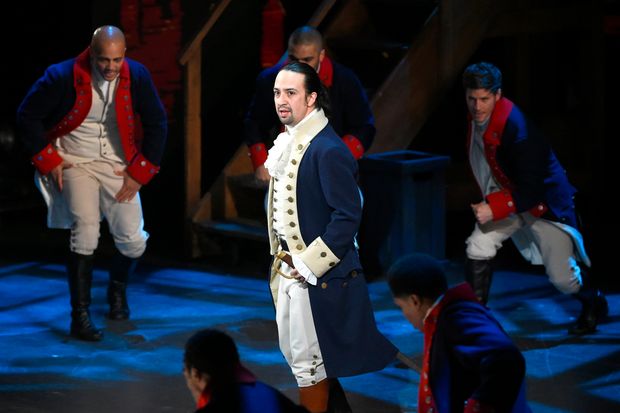 In 2015, singer-actor-playwright Lin-Manuel Miranda premiered a musical about a certain historical figure from American history. It related how a bastard orphan son of a whore and a Scotsman (born in) the Caribbean grew up to be a hero, scholar and the ten-dollar Founding Father, Alexander “Hamilton.” Since then, the musical has grown and exploded into a modern-day American phenomenon, loved and disparaged in equal measure. With the recent attempt to adapt musical theatre productions into film a la “Cats” from Universal, fans might wonder if “Hamilton” has the stuff for it. And it looks like the answer is yes.

CBS News tells us that “Hamilton” the Broadway extravaganza of the decade is coming to cinemas by next year. That is courtesy of Walt Disney Studios Motion Pictures, which apparently dropped no less than $75 million for film distribution rights of the Tony Awardee stage musical crafted primarily by Lin-Manuel Miranda. At the cost of one of the most expensive movie rights acquisitions in motion picture history, Disney will be filming a stage production of “Hamilton,” with the original theatre cast including Miranda reprising their iconic roles, and releasing the thing as a cinematic blockbuster.

Granted, this is not the first time a musical production was filmed and presented as a movie. An earlier “Cats” motion picture was produced in 1998 by Universal and Polygram, recording a performance the London Adelphi Theatre comprised of actors from then-existing international productions of the musical. It was however released direct-to-video. Disney on the other hand is bringing their “Hamilton” movie-recording to cinemas. The production comprises of taking three separate performances of the original Broadway cast on the Richard Rodgers Theatre in New York City back in 2016, editing the best renditions of scenes together, adding setup shots of the theatre without audience, and even more Disney movie magic.

Disney presents:
Hamilton.
With The Original Broadway Cast.
Filmed onstage at The Richard Rodgers Theatre.
In A Theater Near You.
October 15, 2021.#Hamilfilm pic.twitter.com/z4ohfWXzi3

Needless to say, the reaction of an official “Hamilton” theatrical movie from Disney has lit social media on fire. Lin-Manuel Miranda, who is also serving as producer with director Thomas Kall, shared the big news on Twitter and thus fanned a spark into a flame, as original Broadway cast members and big-name celebrities like Mark Hamill of “Star Wars” fame (note the last-name similarity) chimed their excitement for the project. Miranda admitted that the troupe filmed their 2016 performances before actor replacements started happening, and felt the footage could become a great film take on “Hamilton,” with the right studio. They found it with Disney.

Truth is that @HamillHimself can't wait to WATCH this film version of Hamilton (no need for rebranding) #StarWars fans should be excited about it, too!#ReallyRidiculousRumor 🤣 https://t.co/aih7fVgGZZ

The “Hamilton” film is expected to be released by Disney to cinemas in October of 2021. Miranda is no stranger to working with the House of Mouse, providing songs for the 2016 animated film “Moana” and voicing Fenton Crackshell-Cabrera/Gizmoduck in Disney Channel’s “Ducktales” remake series.