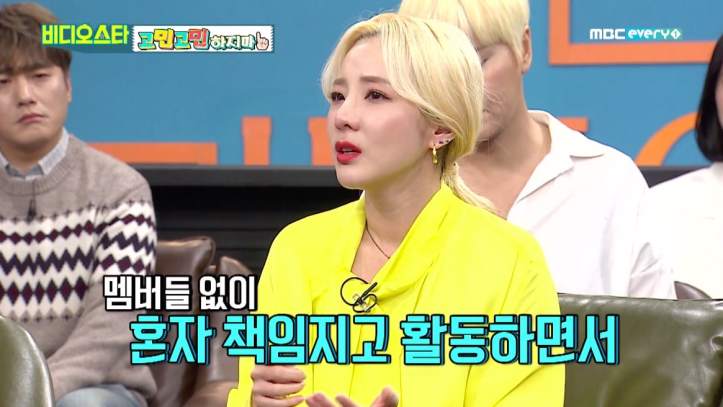 It is not often that an entertainment celebrity can attain fame in two countries such that both could claim that person as one of “their” people. That would be the story of Sandara Park, who was born in South Korea in 1984 but lived in the Philippines with her family since 1994. She became a Pinoy showbiz household word since joining ABS-CBN’s “Star Circle Quest” in 2004, but her TV/film/music career in the country lasted only until 2007 when she returned to her birth country. Sandara would become famous there as well when she debuted as Dara of K-Pop girl group 2NE1 in 2009. But since their dissolution in 2016, Park has been markedly despondent.

According to ABS-CBN News, Sandara Park has expressed great sorrow at the fading of sorts for her star following the breakup of her K-Pop group 2NE1 three years ago. The 35-year-old celebrity star of two nations admitted her feelings on the matter on the Tuesday, February 4 airing of South Korean talk show “Video Stars,” in which Dara was a co-host. In one portion, she described the time immediately after the members of 2NE1 went their separate ways as the darkest period of her life, one where she felt lost.

Sandara mentioned having regrets following the disbandment of her group, which had been comprised of her, Gong, Park Bom and CL. She remarked that during their promotional appearances before their breakup she was beginning to feel that her presence was extraneous to the group, in that the other three were harmonized enough in their singing that if Dara tried to make her voice stand out more, it might ruin the effect. But when their agency YG Entertainment announced 2NE1 dissolved in 2016, Park mentioned being gripped by pessimism for “two or three years,” where she felt her confidence has suffered.

If there was any silver lining to 2NE1 ceasing to be, Sandara Park believes that the event enabled her to see who her true friends were, who stuck with her in that trying time. She remains contracted to YG Entertainment as a solo performer, and has made appearances on Korean TV as show co-host or competition judge. In that same vein, it allowed Park to try re-establishing her celebrity prominence in the Philippines, where she once returned in 2016 as a judge for “Pinoy Boyband Superstar” on ABS-CBN, where she got her Philippine entertainment start.