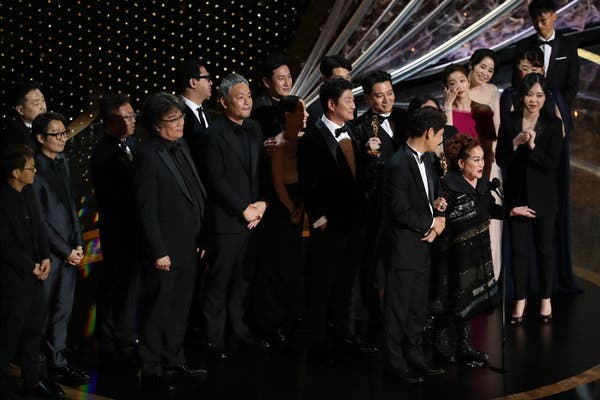 It was quite telling perhaps when South Korean filmmaker Bong Joon-ho remarked on his 2019 award-winning movie “Parasite” that, aside from a possible victory in Best International Feature Film, it will not win any of the other categories it was nominated in, including Best Picture itself. In his words, the Oscars were “too local” where the US motion picture industry is concerned to ever seriously grant any honors to a foreign movie beyond the “token recognition” category. He might have been exaggerating – there have been foreign films that won other categories – but his sentiment is understandable. Then the 92nd Awards came and history was made.

As The Hollywood Reporter tells us, Bong Joon-ho’s black comedy thriller “Parasite” just became the South Korean move that could, when it won four of the six total categories it was nominated for at the 92nd Oscars held at the Dolby Theater this Sunday night, February 9. The Best International Feature Film award was rather expected, and the first announced much to Bong Joon-ho’s relief. Then he was announced to have won Best Director, and things changed. Upon winning Best Original Screenplay, the audience was astounded. And when Best Picture was declared, “Parasite” was on top of the filmmaking world.

It goes to show how much chill and self-effacing Bong was with the whole affair when during his Best Director acceptance speech he gave nods to his competition, Martin Scorsese (“The Irishman”), Quentin Tarantino (“Once Upon a Time…in Hollywood”), Sam Mendes (“1917”) and Todd Phillips (“Joker”). He mentioned watching and studying Scorsese movies during his film school days, and how Tarantino did his part in promoting “Parasite” to American viewers online. The best part was when Bong mentioned wishing he had a “Texas Chainsaw” so he could cut up his Oscar statuette to five, so all of them could share.

Outside of “Parasite,” other big movies and stars got their own nods. Joaquin Phoenix helped elevate the superhero/villain film genre anew by winning Best Actor for Warner Bros.’ “Joker;” said motion picture also received the most Academy Award nominations for this edition. Renee Zellweger again received confirmation that she played a great “Judy” Garland with a Best Actress Oscar added to her accolades. World War I movie “1917” was the multi-winner for the technical categories (Best Cinematography, Sound Mixing and Visual Effects) while Disney-Pixar proved their cash-cow franchise still has relevance after “Toy Story 4” was awarded Best Animated Film.