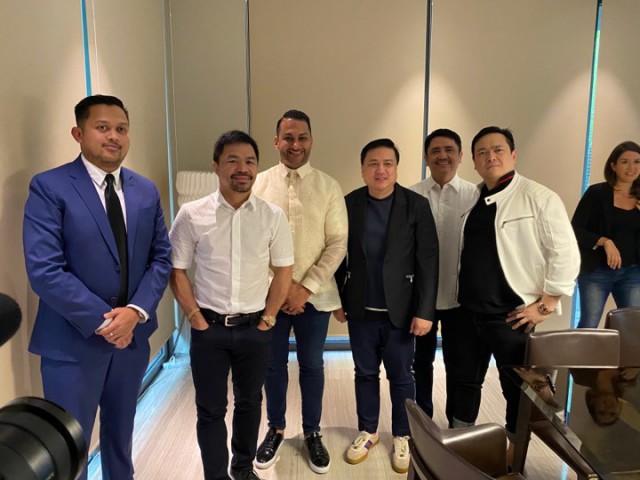 Fighting Senator Manny Pacquiao has at times seemed dead set on proving that age can be nothing but a number in professional boxing. He already established his legacy in the sport by being a one-time eight-division world boxing champion, but in more recent times he also became the oldest welterweight champion in history (age 40 upon beating Keith Thurman in 2019) and the first recognized four-time welterweight champion. And through his career he has freely aligned himself with promotional labels as he sees best fits his current needs. That would explain his latest move of signing with the management agency of one of the biggest names in mixed martial arts.

According to CNN Philippines, Manny Pacquiao has ironed out a management deal with Audie Attar of Paradigm Sports Management. The agency manages athletes from a wide spectrum of sporting events, from MMA with superstar Conor McGregor and football with Josh Topou. The contract was drawn between Attar and Team Pacquiao, comprising Manny himself, Atty. Brando Viernesto, Ping Nepomuceno and others. The Paradigm Sports founder remarked in a statement that the deal was the fruit of countless hours of discussion between the two camps, but that they are now ready to represent Pacquiao in the latest stage of his storied career.

One person in Paradigm Sports who is very excited to have the boxing legend in their talent stable is Conor McGregor himself. He bid Manny welcome to the PSM team on his official Twitter account this Wednesday, February 12. McGregor is likely interested in Pacquiao as a potential opponent, seeing as the MMA veteran has also dabbled in boxing in the past, with his most notable match being against undefeated American champion Floyd Mayweather, who also defeated Manny before. Conor has proposed that if a boxing match between him and Pacquiao happens, they could face each other in Las Vegas when the Allegiant Stadium is completed and opened for events.