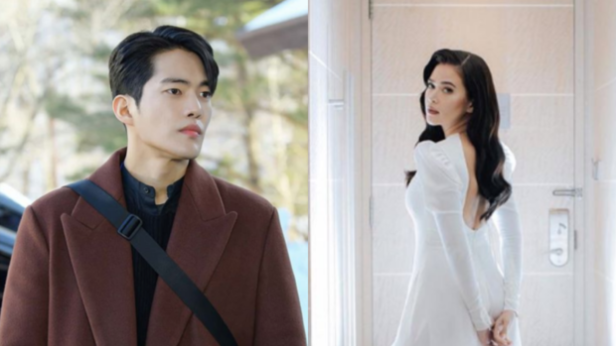 The Philippine entertainment industry has really gone global, or Asia-regional at the minimum, in recent years. Talents from overseas have been making appearances on local shows and productions. Some have even gone the extra mile of having their management be collaborated on with local networks, such as MOMOLAND with their MLD label and ABS-CBN working out a co-management accord. Further south, a Thai actor is going to be part of an upcoming Kapamilya tele-serye. And that is merely the beginning. On the big screen, development is already underway for a film with a Filipina and Korean sharing the lead spotlight.

According to ABS-CBN News, Viva Entertainment is working in cooperation with South Korean studio Reality Entertainment on a movie bringing together two top young stars from each country in what can only be a nice romantic comedy. At least that is what can be surmised in the given title, “Ultimate Oppa” (“oppa” being Korean for “big brother”) which will star Bella Padilla from Viva and Kim Gun-Woo from Reality. Kim is also being represented by his agency Good People Entertainment, which first broke the news on social media this past Saturday, February 15, about their talent’s upcoming Philippine cinema stint.

Korean online entertainment news source Soompi even has a plot blurb for fans to chew on, and it is totally relevant to current overseas entertainment trends too. Kim sort of plays himself as a fictional South Korean TV and movie personality, while Bella is an enthusiastic Filipina follower of the Korean pop culture wave, or “Hallyu” for short. While she may think this makes her knowledgeable in how to interact with South Korean celebrities, it does not take a genius to figure out that hilarity can only ensue. And after that plus the drama, some surprising romance will eventually grow.

Debuting on KBS2s 2017 K-drama “Fight My Way,” Kim Gun-Woo is a familiar enough face to GMA7 watchers, seeing as the series was aired there in 2018 dubbed in Filipino. He is a fairly fresh K-star to match with Bella Padilla, who has her own Korean entertainment experience under her belt just last year. That was when she starred in the local remake of “Miracle in Cell No. 7” with Aga Muhlach. Viva has yet to give a premiere date for “Ultimate Oppa,” but it could be within this year.